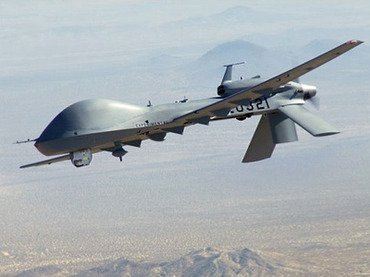 Two missiles struck a house in the village of Babar Ghar, a tribal district bordering Afghanistan which is a stronghold of Taliban and al Qaeda-linked militants.

On Wednesday, three militants, including a foreign fighter, were killed when an unmanned aerial vehicle (UAV) fired missiles on a militant compound in Ghulam Khan tehsil in North Waziristan. 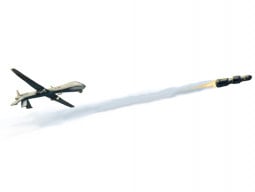 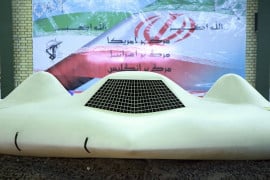 The CIA gathers its information on potential drone targets by relying on sources on the ground. So basically -- nothing new here -- people with local disputes can falsely inform on each other, or provide suspicions without hard evidence. (Why else was a meeting of tribal elders disputing ownership of mine ground zero of cold blooded mass slaughter triggered by a monitor sitting in a cubicle in Nebraska?) Suspicion is all the CIA needs, the CIA now being, without any domestic change in legislation, a combat organization. This actually goes against the CIA's traditional (but no less "shadowy") identity. Regardless, Americans think it is in the interests only because the mainstream media has been complicit with power politics in Washington. No Americans are going to change their minds on this just because Stanford Law School has done research into how the constant and ubiquitous presence of drones in northern Pakistan has adversely affected daily life there. The average American citizen has no interest in making enemies in this part of the world; unfortunately, after so much distortion of reality, Americans think they've always had enemies there--and most of them, without photographic evidence right up in their face, really don't care civilians -- who are totally faceless and nameless to them -- are dying in sudden horrifically mutilating violence.

Under international law, a state can only "forfeit sovereignty" on humanitarian grounds. Even though the United States has declared war on a non-state entity (Al-Qaeda) and has been following a unilateral approach to territorial sovereignty with regards to neutralizing non-state activity (read: drones), there has been no declaration of a humanitarian crisis in Pakistan which would meet the international requirements laid out for outside intervention. Do not take this to mean that I believe there may not indeed be a humanitarian crisis in Pakistan--that very well may be true. But the legal argument we utilized for the invasion of Afghanistan (of which the humanitarian crisis was but one component) cannot justifiably be utilized here.

As it goes, it is my belief that our extraterritorial strikes against Pakistan are indeed illegal and thus open to censure and rebuke in international criminal courts. However, I don't believe such actions will be forthcoming--both domestic and foreign policy in the United States and the current state of affairs within the Pakistani government both require that these strikes continue. The United States requires the tacit, if unspoken agreement of the Pakistani government and armed forces to continue its stated mission of a stable Afghan state, regardless of what unstated missions may exist (of which I'm sure there are many). The Pakistani government requires a distraction from domestic pressures by focusing on both internal military disputes (of which the tribal areas offer many) and an outlet for public frustration (which the United States, with drone strikes, provides).

I believe that your statement is flawed. Drone strikes are not the only options available to the United States to achieve its desired goals in the region of Central Asia--it is simply the easiest to sell to a domestic audience. A much more effective policy would be to bring Iran into a regional security pact: Iran has much more of a vested interest in having a stable state on its border. Russia and Pakistan would be important partners, but it is my assessment that the Afghan people would reject any Russian presence on justifiable grounds; Pakistan, too, though important, would probably be a more destabilizing presence than workable one, considering their past and ongoing ties to non-state regional actors within Afghanistan. This is of course an "impossible" track considering the current state of affairs between the US and Iran: it would, however, probably provide the most "stability" to the region.

Another possible outlet would be to tie all future monetary and military aid to Pakistan to their own rigid enforcement of the law within the tribal areas. This then poses domestic Pakistani problems: the re-writing of legal codes which apply to the tribal areas, the political fallout of domestic military repression, and the like. This would also be detrimental to the United States, for we would most likely further the international opinion that we pursue "safety" over "democracy", as Pakistan would likely utilize overwhelming military force to pacify the region in order to maintain monetary aid.

Then, as you said, there are drones: cheap (relatively), and without much domestic US opposition, since drone strikes are very rarely covered in domestic media and are extremely difficult to find accurate information about. These strikes too have a cost, however: by further eroding the domestic belief in moral American jurisprudence and the legislative and judicial branches of government, the previous role that the United States enjoyed as an international arbiter of fairness has all but been blotted out.

My question to you is thus: even if the surgical procedure manages to "kill the cancer", is it worth it if it kills the patient also?

Drone attacks are like a cancer surgery which is not desirable but necessary or the only option.

Something Clever | 8 years ago | Reply

@Faqir Ipi: It's really annoying when people say dumb things in a smart way because it causes some people to actually think it's true and you're someone to listen to. They're legal under the UN charter regardless of any post-9/11 law influence. First, no criminal laws quoted are relevant when war is declared. Second, if Pakistan is unable or unwilling to deal with them, it's a response to an attack or an imminent threat is seen, Pakistan forfeits its sovereignty.

Answer: Morally there’s no difference whatsoever. Except that the suicide bombers look their victims in the face before sacrificing their lives for what they believe in, while the drone pilots never have to see their victims and never sacrifice anything as they relax safely in air-conditioned comfort playing the equivalent of a video game.

Drone strikes on civilian targets are exactly the same as IEP, car bomb, suicide bomb strikes on civilian targets. Morally. Financially? Ah! Important difference. The latter are relatively inexpensive, while the cost of the former is mind-boggling. I suspect enemies of our nation would be willing to make that trade all day long, every day, until the U.S. infrastructure disintegrates, the U.S. civil structure collapses, and the U.S. economy goes bankrupt.

Strictly speaking it’s an oversimplification to say flat-out that the U.S. is invading Pakistan’s sovereign territory. The Pakistani government has provided an airport from which to launch the attacks, and they’ve granted non-public, non-official permission.

Reborn and renamed website from David Swanson. His site was known formerly as “After Downing Street,” referring to the memo/minutes that revealed what Bush and Blair knew and intended and lied about in the time leading up to the war.

The new site is “War Is a Crime,” and it’s named after Swanson’s latest book, just released, bearing the same title. Check it out. And consider both buying and ;-) reading the book. [http://warisacrime.org/]

Anti-American sentiment in our part of world is not stemming from hate at all. It is stemming from love of one's land. We feel humiliated by the opacity and unaccountability of drone attacks, feel America's war in Af-Pak has put us in the crosshairs of a global conflict, feel that America's assistance is like blood money – these are the issues that populate the anti-Americanisms.

The War for Terror is one of the most discussed topic ever imposed on the mass media. The combined more than two billion people – slightly more than 300 million Americans and slightly less than 1.5 million Muslims– that live across the globe deserve better. What have the decent and hardworking people of these countries done to deserve these undulating waves of poker-faced spin from their leaders? They have tolerated a public discourse that treats them like children.

In the U.S. government’s code book, “the enemy” is anyone who opposes a U.S. military presence in his country.

So should we in Pashtun be grateful to CIA drones? Hardly. Our problems will persist as long as the unjust and mismanaged Af-Pak occupation continues.

Pashtun's core contention with the US persists: how the US turned Af-Pak into a killing field Pashtuns from within and outside the region. US-occupied Af-Pak is a source of destabilising Pakistan, China, Iran and Russia

"The drones are illegal, they are an "invention of a 'law of 9/11'", a "licence to kill" that, if copied by other countries, could lead to "chaos". "Intelligence agencies, which by definition are determined to remain unaccountable except to their own paymasters, have no place in running programmes that kill people in other countries,"

People were talking about the Kerry-Sherry equation. What happened?

A gift by John Kerry.

As long as isi/army/politicians fail to take decisive action against these home grown terrorists drone strikes should continue and need to be intensified.

I support Drone attacks and I'm a Pakistani

as far as its killing TTP and Al Qaeda animals, i am a happy pakistani.

A drone a day , keep terrorists away.

Drone strikes will probably intensify as Pakistan begins peace talks with Taliban. Just like before, US will do everything for these talks to fail.