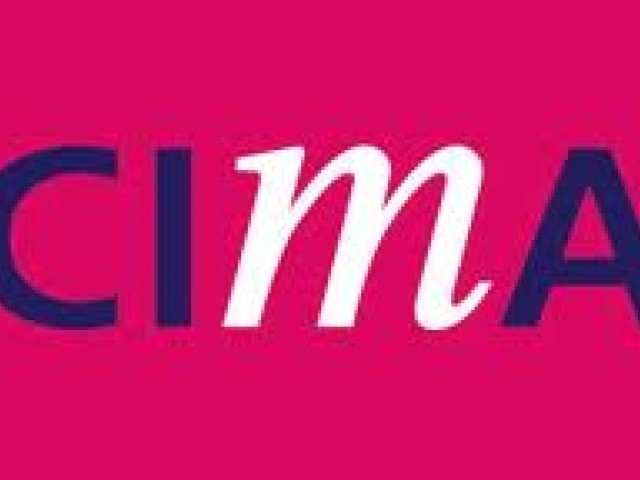 Remuneration: Rs68,203 is the basic monthly salary of a part-qualified CIMA student in Pakistan, according to a survey. PHOTO: cimaglobal.com

The second highest number of students of the Chartered Institute of Management Accountants (CIMA) – a global body of management accountants based in the United Kingdom – in the Middle East, South Asia and North Africa (MESANA) region came from Pakistan in 2012, according to CIMA President Gulzari Babber.

Speaking to The Express Tribune in an interview, Babber said out of 8,800 students who joined CIMA in 2012 from the MESANA region, the highest number of students belonged to Sri Lanka. “The number of new students from Pakistan and India remained almost equal last year,” he said, adding one-third of the global student intake in 2012 was from the MESANA region.

Established in the United Kingdom in 1919, CIMA is one of the largest professional bodies of management accountants internationally. It has offices in all major economies of the world, including the United States, Canada, Australia, the United Arab Emirates, China and Singapore, with its members and students present in 176 countries.

There are 115 CIMA members in Pakistan. The number of students, including part-qualified students who have yet to pass all the five examination levels, is 3,000. “We’ve three offices in Pakistan as opposed to just one office in India. So you can imagine how much importance CIMA gives to Pakistan,” Babber said.

Besides getting three years of practical experience, one has to complete five exam levels, which consist of several papers, to become a CIMA member. These are called certificate, operational, management, strategic and professional competence levels.

“To say that a member of another accounting body can do what a CIMA member is capable of doing will be wrong in my opinion. If an employer wants to hire a management accountant, he’s going to hire a CIMA member only,” he said.

According to the CIMA Salary Survey 2012, the basic monthly salary of a part-qualified student in Pakistan was Rs68,203, down by over Rs6,500 compared to 2011. “I think the drop in the average salary in Pakistan was because of the economic situation. But our students and members still received higher salaries on average compared to their counterparts belonging to other accounting bodies,” he noted.

Babber claimed that CIMA members are the highest paid professionals outside the auditing profession. With 58% of the part-qualified graduates satisfied with their current salary, the most recent CIMA salary survey said 87% of students anticipated a salary hike of approximately 14.4% over the next 12 months.

“What we teach our students is entirely different from the curricula of other accounting bodies. That’s the reason employers prefer CIMA members for jobs in management information, performance measurement and sustainability analysis,” he said.

He said the employment rate for CIMA is “literally 100%” worldwide. He also referred to the trend of CIMA members migrating from developing countries like Sri Lanka, India and Pakistan to developed countries like Australia and Canada after getting the qualification.

Indeed, the salary survey points out that while 79% part-qualified CIMA graduates in Pakistan expected to change jobs within the next two years, over 30% of them planned to move abroad.

“Auditing and financial accounting are history. The future belongs to management accounting. CIMA is the future,” he said.

Out of the frying pan…into trade liberalisation: SAFTA a disaster for Pakistan’s agriculture sector