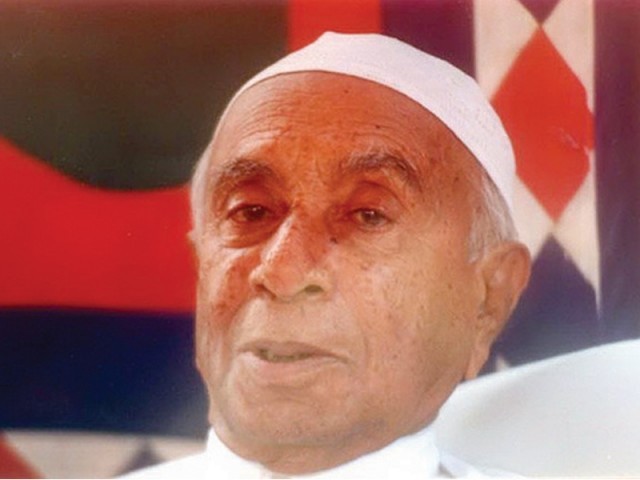 HYDERABAD: GM Syed’s ideology is relevant even today, vowed a number of political and nationalist parties as they celebrated his 109th birth anniversary on Thursday.

At one of the public meetings, GM Syed’s grandson Syed Jalal Mehmood Shah, who heads Sindh United Party (SUP), said, “People should fulfill GM Syed’s dream by prudently using their vote to elect good leadership.” He added his grandfather laid the foundations for a modern nationalist ideology in Sindh. The SUP leader advised people to stop voting on the basis of tribal affiliations and instead support a leadership which truly stands for Sindh’s rights, peace and development.

Shah added that leaders should recognise Pakistan as a land with many historic nations. “The present elected leaders of the province have failed to do this.”

Sindh Taraqi Pasand’s chairperson, Dr Qadir Magsi, said the Pakistan Peoples Party (PPP) senses that it will be defeated in the upcoming elections. “They want to postpone elections so that in the interim, they can trumpet democracy and make people forget their corruption and bad governance,” he said. “GM Syed’s philosophy is clear: The one who is an overt or covert enemy of Sindh is an enemy of nationalists and a friend of Sindh is a friend of the nationalists.”

PML-F MPA and Sindh Assembly opposition leader Nusrat Sehar Abbassi said GM Syed’s ideology is relevant to the present-day Sindh, adding that the Sindh Peoples Local Government Act, 2012, as well as Zulfikarabad and other projects aimed to divide the province. NPP MPA Masroor Jatoi said the PPP has violated the people’s mandate as it failed to protect Sindhi’s interests.

At a separate public meeting organised by Jeay Sindh Qaumi Mahaz, its young leader Sunan Qureshi reiterated his demand for an impartial inquiry into the death of his father Bashir Qureshi. “I am missing my father. We used to celebrate GM Syed’s birthday together up till last year.” He alleged that SPLGA and Zulfikarabad were anti-Sindh initiatives and also drew attention towards the issue of missing persons in the province.

Jeay Sindh Mahaz leader Riaz Chandio called for denying the voting rights to the citizens of Sindh who were naturalised decades after the independence of Pakistan. Dr Safdar Sarki, Jeay Sindh Tehreek’s chairperson, denounced armed struggles for political rights. “We can achieve our objectives through a peaceful political struggle not a guerilla war or shallow slogans.”