Indian Army chief’s commen­ts are hawkis­h & come at a time when Pakist­an Army is most recept­ive to peace overtu­res
By Editorial
Published: January 16, 2013
Tweet Email 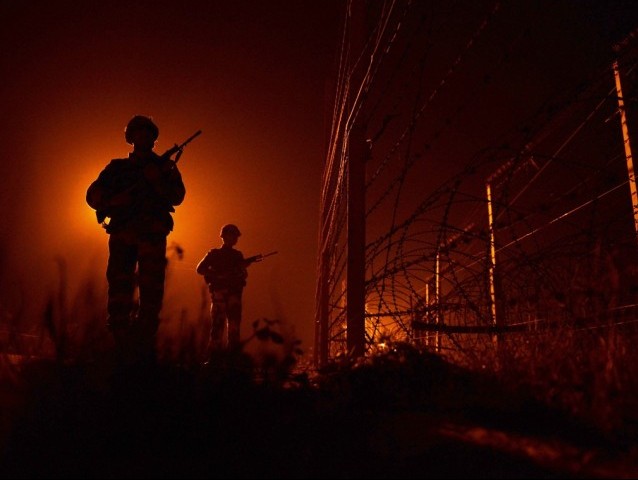 Both countries need to get rid of the impulse to provoke or paint each other as the enemy. PHOTO: REUTERS/FILE

That the recent incidents at the Line of Control (LoC) are unfortunate, as is their timing, is undoubted, but we must not lose sight of the bigger picture. What should be done now for the fragile peace process to take hold and be built upon is that both sides deal with the issue in a calm and mature manner, avoid inflammatory behaviour and ensure that such incidents do not happen again.

Indian Army Chief General Bikram Singh’s recent comments made ahead of a flag meeting in the Poonch sector may serve a purpose, but they will certainly not help improve relations with Pakistan. His tone is aggressive and belligerent and his references to the “unpardonable” act, accusatory, as Pakistan denies the alleged beheading of an Indian soldier. It may be recalled that it was Pakistan that first lodged a ceasefire violation complaint saying that one of its soldiers had been killed along the LoC on January 6. This was followed by Indian accusations of ceasefire violations and killings by Pakistani soldiers, including the beheading of the Indian soldier. Ahead of the flag meeting, the Indian Army chief ordered his soldiers to give an aggressive response to any firing by the Pakistani side and demanded that Pakistan hand over the head of the beheaded soldier. Pakistan has denied these accusations, reiterating this at the flag meeting.

We cannot know for sure what the facts are but the need of the hour is to reduce tensions and prevent them from erupting again. It may be noted that firing from the Indian side injured a Pakistani citizen in the Battal sector at the LoC on January 14. The Indian Army chief’s comments are hawkish and come at a time when the Pakistan Army is perhaps, most receptive to peace overtures, given the recent change in its doctrine, which no longer considers its biggest threat to be across the eastern border. To help move the process of creating regional harmony forward, both countries need to get rid of the impulse to provoke or paint each other as the enemy.