Hope and fear, as a ‘million men’ march towards Islamabad

Hope and fear, as a ‘million men’ march towards Islamabad

People talk about what they expect from the long march.
By Fawad Ali
Published: January 14, 2013
Tweet Email 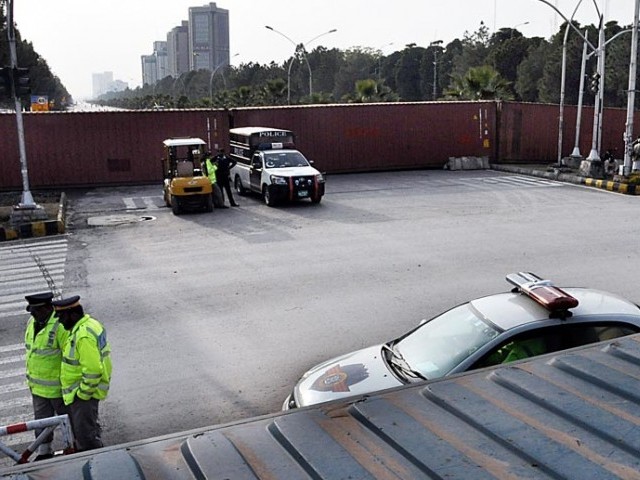 "What will I do if the businesses remained shut [on Monday too]. How will I feed my children and other family members?” says a local. PHOTO: SANA

ISLAMABAD: There is hope, there is fear. Tahirul Qadri’s “million man” march has drawn mixed reactions from people in Islamabad.

Ulfat, 40, said the government has failed to deliver on its promises and Qadri — head of the Minhajul Quran International — is the “only” leader speaking for the good of the poor.

Shehzad Tahir, a vendor in Aabpara, said he was ready to face all hardships on Monday. “I will pray that God grants him success in his mission if he sincere and truthful.”

A 55-year-old dentist, Muhammad Alam, had bigger hopes from the march. “I expect great changes.  The long march can prove a catalyst for accelerating the process toward positive change, because youngsters have great potential to bring change once they get on the right track.”

Khalil Sufi, a senior member of Islamabad Citizens Committee, said the government should allow the long march to enter Islamabad. “Dr Qadri is not asking the government to resign, rather he is pressing it for formulating result-oriented policies to steer the country out of crises,” he said.

Bin Yamin, a 48-year-old labourer, had not worked since Friday. “I am the sole bread-earner of my family. What will I do if the businesses remained shut [on Monday too]. How will I feed my children and other family members?”

Aftab Ahmad, a teacher, termed the long march another “effort of the anti-democratic forces” to derail democracy. “Schools will remain closed and the precious time of children ill be wasted due to Qadri’s adventure.”

He added, “Dr Qadri’s march would bear no positive fruits but would plunge the country into further chaos.”

Book launch: Charting the history of activism in Sindh