Ajmal Amir Kasab and the politics of hate

Ajmal Amir Kasab and the politics of hate 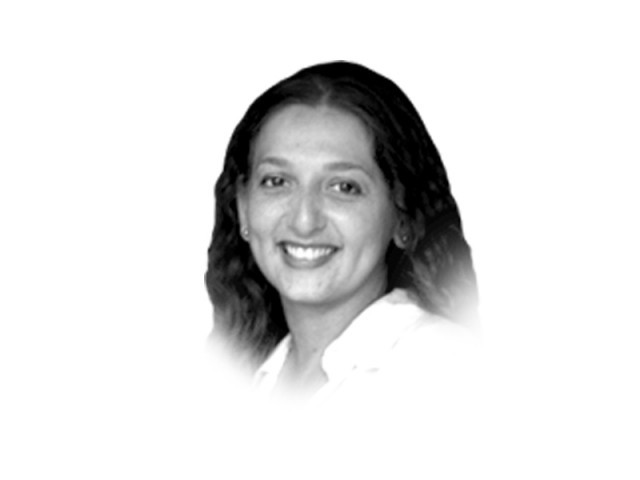 The writer is an artist, art critic and the owner of The Craft Company. She is interested in fair trade and women’s affairs in Pakistan. She tweets @munasiddiqui

The death by hanging of Mohammed Ajmal Amir Kasab on November 21, 2012 has been the source of much conversation in Pakistan. There is an overwhelming sympathy for this young 25-year-old seen to have single-handed withstood the interrogation and wrath of Indian interrogators.

News channels have broadcasted CCTV coverage of Amir Kasab with an AK-47 and a backpack striding across the Chhatrapati Shivaji Terminus in Mumbai, India. There are also his video admissions of his account of the incident, yet people in Pakistan have their doubts. In fact, when evidence is brought up confirming the cold-blooded killing of 164 people in India, many Pakistanis feel the need to defend this young boy against the torture and persecution they believe he has encountered. Perhaps, the reason for this incredulity lies in the collective history of India and Pakistan and the pain they share.

Since the Partition of the subcontinent in 1947, the people of Pakistan and India remain intrinsically linked. ‘Partition’, as the event is fondly called, implies a portion severed from something whole. The portions are India and Pakistan. Their people share common languages, traditions, beliefs, joys and sorrows. What Pakistanis don’t advertise or Indians don’t broadcast are the many bridges that link them. Indian cinema, music, fashion, food and literature are all a part of life in Pakistan. In India, in turn, Pakistani designers, music, television shows, poetry and so much more are widely respected. Yet, in matters of politics, the waters part and it becomes a simple case of ‘them’ and ‘us’ on either side.

Sadly, we, as in the people of India and Pakistan, do not acknowledge the politics of hatred that afflicts us and results in the pawn that is Ajmal Kasab or ‘butcher’ as he was named by the Indian police.

Indian authorities blame the Lashkar-e-Taiba (LeT) and its mastermind, Hafiz Muhammad Saeed, for planning these attacks. There are many religious zealots with festering hatred in Pakistan and even in India, for that matter. And for the common person, it is so easy to fall prey to their proclamations of hatred. But where are all those people with reason who can accept that a disagreement amongst people doesn’t necessarily mean they are evil and certainly doesn’t justify shooting them down ruthlessly? Why not find the compelling argument for why this atrocity should have never happened and question the motives that led this young man to destroy his life and those of several others?

Does it really help that Kasab has become another pawn in the politics of hatred in Pakistan and India, both of whom are still smarting from the wounds afflicted on them since they parted?

Religious fundamentalists constantly use hate to mobilise people. Violent rhetoric induces social conditioning among mass movements. The Pakistani Taliban has predictably reacted in wanting to avenge Kasab’s death. Imran Khan’s party, the Pakistan Tehreek-e-Insaf, wants to hang Sarabjit Singh, an Indian political prisoner in Pakistan, in return. Singh has been on death row in Pakistan for over two decades. A senior LeT commander issued an anonymous statement, saying Kasab was a hero who would “inspire more fighters to follow his path”.

But do we as a people want to exacerbate animosity? Shouldn’t we mourn the death of a young man and many like him who are led to believe that their lives are worthless than the hate preached to them.

Hate, we’re told, is the face of evil seen in plumes of smoke and ash on 9/11. It is manifested in the repetitive images of the smouldering hotel in Mumbai and the ashen remains of the bombed hotel in Islamabad. But the impact of these stories comes from repetition. Hatred relies on people accepting, rather than investigating, hate-creating stories. Rather than Ajmal Kasab becoming another repetitive story to incite more hate and damage, we should stop the rhetoric that serves a purpose for those adept at catalysing conflicts. As Martin Luther King Jr said, “Our lives begin to end the day we become silent about things that matter”. Pakistanis must step back from this endless cycle of destruction which is bankrupting us both financially and psychologically. Ajmal Kasab is a product of the history of conflict between India and Pakistan. The blame does not rest solely on his young shoulders; it rests on ours, too, for our silence and our acceptance of the politics of hate that unfolds around us.

Educating through television and radio