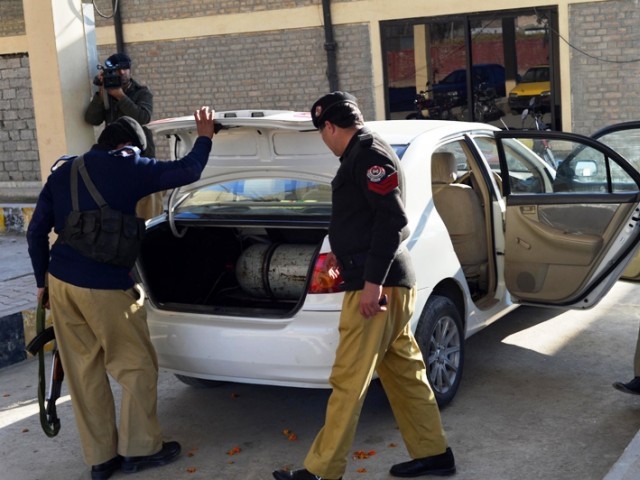 One of the victims was head of an education and orphans programme. PHOTO: AFP

Gunmen shot dead two charity workers involved in an education project in Charsadda on Saturday, amidst a growing sense of insecurity among NGO workers in Khyber-Pakhtunkhwa (K-P).

Zakir Hussain – the head of the education wing of the Al-Khidmat Foundation, the charity wing of Jamaat-e-Islami in Charsadda – was attacked with his driver when they were on their way to one of the schools run by the charity.

Police official Niaz Muhammad said an FIR has been registered on the complaint of Shaukat Hussain, Zakir’s brother. Shaukat, Zakir and driver Khadim Hussain were driving to Panerak village when two gunmen riding a motorcycle opened fire on their vehicle.

Khadim and Zakir were injured, while Shaukat remained unhurt. The injured were rushed to a nearby hospital where they expired, the complainant added.

Condemning the killing, JI Vice President Sirajul Haq said the government has failed to provide security to aid workers, who were being targeted across the province.

Meanwhile, Zakir’s uncle Muhammad Ismail told The Express Tribune that his family or Zakir had no family feud.

Riaz Khan, the in-charge of Al-Khidmat’s Charsadda chapter, said the organisation has been involved in welfare work in the district – providing shelter, food items and education to last year’s floods victims in collaboration with foreign NGOs.

On the other hand, District Health Officer Dr Fazal Akbar said the organisation had nothing to do with polio immunisation and that it was working on other health-related issues.

On the back foot: Anti-polio drive suspended in city