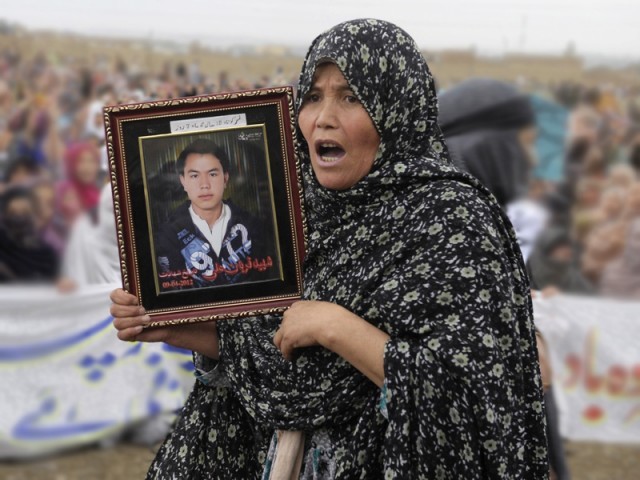 ISLAMABAD: The past year witnessed a 53% increase in sectarian violence, according to an annual report released on Friday by the Pakistan Institute of Peace Studies (PIPS). Non-sectarian attacks, on the other hand, decreased by 20%.

US drone strikes and the consequent killings also recorded a 40% decrease. The report indicated that 38 of the 45 drone attacks struck militants and their hideouts in North Waziristan. Six drone strikes were reported in South Waziristan and one in Orakzai Agency.

The number of cross-border attacks and clashes decreased from 84 in 2011 to 79 in 2012. However, the casualties in these attacks increased by 25%.

“Most of the cross-border attacks and clashes (70%) were reported from Pakistan’s western border with Afghanistan, including attacks reportedly carried out by militants of the TTP’s Swat chapter hiding in Afghanistan’s Kunar and Nuristan provinces,” said the PIPS report.

Karachi, Quetta, Kurram Agency and Gilgit were the hardest hit, witnessing more than 85% of all terrorist incidents in 2012, while the Tehreek-e-Taliban (TTP) emerged as a major actor responsible for the prevalent instability.

Furthermore, Balochistan remained the focal point of nationalist insurgency and sectarian violence, witnessing 474 terrorist attacks, the highest for any region. The Taliban-infested and militancy-hit Khyber-Pakhtunkhwa (K-P) and Federally Administered Tribal Areas (Fata) remained second and third most volatile regions, with 456 and 388 terrorist attacks reported, respectively. Meanwhile, 187 terrorist attacks were reported in Karachi and 28 in other parts of Sindh; 26 in Gilgit-Baltistan (G-B)’ 17 in Punjab and one in Islamabad.

The report stated that 5,047 people were killed and another 5,688 were injured in 2,217 attacks in 2012. These casualties resulted from all terrorist attacks, operations by the security forces and their clashes with militants, ethno-political violence, drone attacks, inter-tribal and inter-militants clashes, sectarian clashes, religious and communal violence, cross-border attacks and clashes, criminal gangs’ clashes with one another and with the security forces counted together.

From this, at least183 incidents of ethno-political violence across Pakistan – 176 of them reported from Karachi alone – claimed the lives of 288 people and injured another 182 in 2012.