Two minds that do not think alike

Two minds that do not think alike 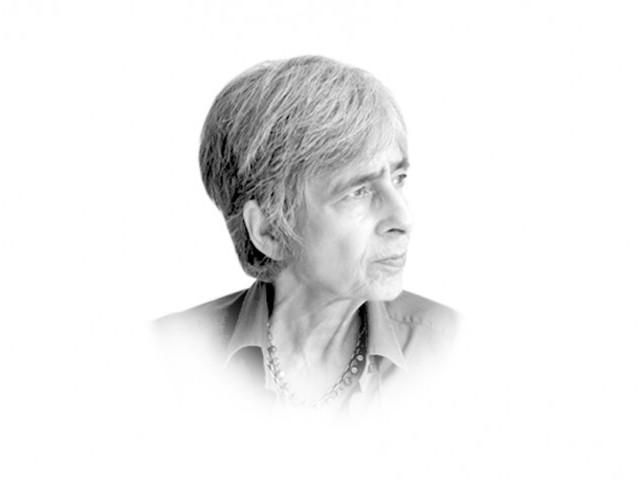 In one of his inconsequential rambling statements or speeches delivered to us by the man made prime minister — as inconsequential as his utterings — he referred to the five years that his, rather Asif Ali Zardari’s, party has been in power as a ‘golden rule’.

Now, one must seriously question his perception and ask if Raja Pervez Ashraf has any idea as to how the latest PPP era has affected the state of the country. He cannot be surely so direly unaware of the happenings that have surrounded him since he made a thorough mess of the first portfolio handed out to him when his predecessor was packing his numerically ridiculous cabinet.

Then, some days later at the ending of the disastrous 2012, the man who is not inconsequential in any way and is not given to frequently speaking his mind, whilst addressing naval cadets in Karachi informed the innocent young men that Pakistan was passing through a very critical stage of its history. “Increasingly complex external environment and our rather precarious internal dynamics have created a myriad of security challenges … . Today we are pitched against an amorphous enemy when the conventional threat has also grown manifold.”

General Ashfaq Parvez Kayani did not expand upon the ‘conventional threat’, but could it possibly have something to do with what is regarded as the traditional enemy? The cadets were also told that the armed forces have a pivotal role to play in harmony with other instruments of state.

Harmony is really not quite the exact word to describe the interrelationship as it stands and has for yonks stood between the ‘instruments of state’ — the famous pillars.

As to the critical stage, well not only does it not fit in with the man Ashraf’s ‘golden rule’ but it is, in fact, difficult to point to any one period of over a year or so during the 64 years of the country’s existence. Critical stages have been the norm. From the time of its birth we have been told by the various leaderships when they have entered onto the scene that Pakistan ‘stands at a crossroads’ and inevitably they have embarked upon the wrong wretched road.

‘Precarious internal dynamics’ are also old hat but as time passes seem to be growing more precarious by the day. On that same Sunday, as Kayani was holding forth, 19 Shia pilgrims in a bus near Quetta were murdered by the local homegrown Jaish al Islami, bringing the number of Shias slain in the name of religion to over 300 in the space of three months. The government and the state, helpless and wielding no writ over terrorism, were silent.

On New Year’s Eve, Pakistan released another eight Afghan Taliban prisoners to further the cause of the Afghan peace process. Meanwhile, on the same day, the GoP, despite the futility recognised by the sane, feels that talking to the homegrown Taliban, the TTP, can still lead somewhere. Rehman Malik, whose foot and mouth disease gallops along, stated that the government remains ready to negotiate with the TTP.

And this despite the deplorable fact of the Bilour murder, despite the slaying of nine polio workers, despite the gruesome shooting down, TTP execution style, in the Peshawar Frontier Region, of 21 Levies the day after the video was received by the authorities with the TTP terms and conditions for a ceasefire, despite the spine-chilling Swabi incident in which six women and one man, providers of health and education services, were mercilessly slain, despite the recent Karachi bomb blasts which claimed 11 additional lives, and despite the conditions imposed by the TTP for what they call a ‘ceasefire’ — how can any authority in its right senses consider ‘talking’? The military has realised that talks are a no-go, but refrains from stating what might be the alternative.

So much for the ‘golden rule’! A ‘critical stage’ is far more in keeping with reality.

More of the same