We want Afridi back in the team: Misbah

We want Afridi back in the team: Misbah

He is not out of the team foreve­r, assure­s ODI captai­n.
By Faras Ghani
Published: January 2, 2013
Tweet Email 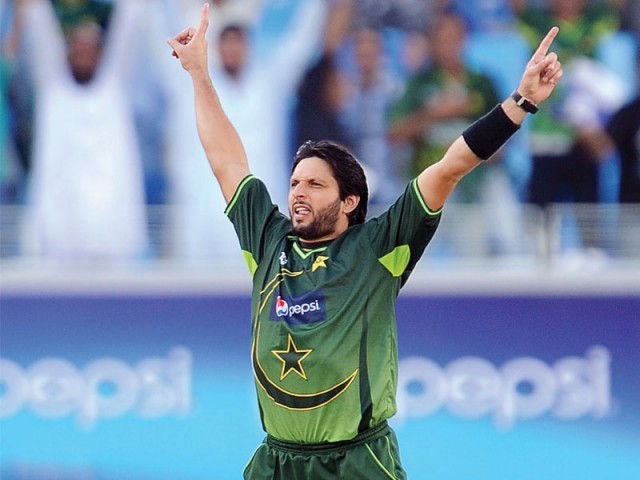 Misbah likened Afridi’s present form to players who, despite their flair for performing well, are sometimes unable to play with the same intensity. PHOTO: AFP

KOLKATA: Shahid Afridi scored just 314 runs and took 24 wickets in 29 matches last year but Misbahul Haq admitted the former captain’s absence was being felt in the middle, especially as Misbah looked around for options during the MS Dhoni onslaught in Chennai.

Afridi hit just two half-centuries in the year and took a solitary five-wicket haul – against Afghanistan in February – and was subsequently dumped from the ODI squad. Misbah, though, hoped for his quick return, confirming that the allrounder still has a lot left in the tank.

“Every player goes through a period where, despite his class and talent, he is unable to perform at his usual level or perform according to expectations,” said Misbah, ahead of the second ODI in Kolkata.

“We also want Afridi back in the team but it has to be at the right time and when he has regained his confidence as well as form. He’s not out of the team forever. He’s an asset for Pakistan and has a lot of cricket left in him.”

Afridi is Pakistan’s third-highest wicket-taker in ODIs (346 wickets in 344 matches) and, despite making his debut as a leg-spinner who could bat, is sixth in the list of all-time most run-scorers for the country with 7,038 runs.

His stand-out show in 2011 – when he also led Pakistan to the World Cup semi-finals – elevated the level of expectations from the allrounder as he scored over 500 runs and took 46 wickets in 30 matches. And it’s his knack of breaking partnerships is what Misbah is currently missing.

“Afridi’s been part of the team for a very long time and it’s his wicket-taking ability in the middle of the innings that we miss the most.

“We need his bowling more right now and that’s where his form has dipped considerably. Now we have to rely on the current group of bowlers to do the job for us until Afridi’s back in the team.”

Pakistan’s next limited-overs series starts on March 1 with the first Twenty20 against South Africa.