Commis­sioner for Afghan Refuge­es says no push policy will be adopte­d.
By Our Correspondent
Published: January 2, 2013
Tweet Email 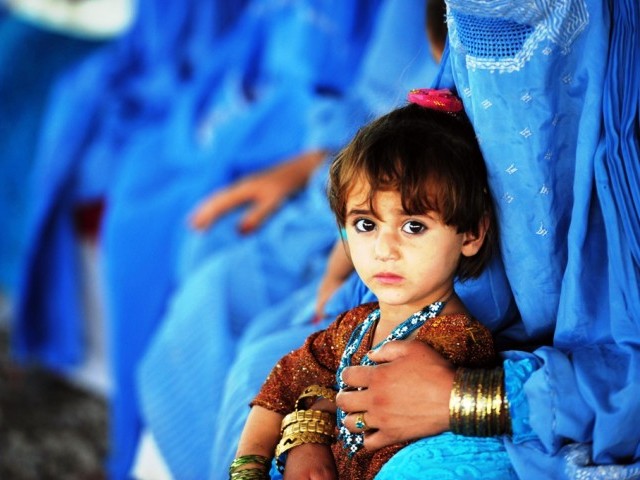 “The process of repatriation will be based on the spirit of voluntarily return of Afghan Refugees and no push policy will be adopted in this regard,” says Rahman. PHOTO: AFP/FILE

There is a need to step up voluntary repatriation of Afghan refugees from Pakistan in order to meet the June 2013 deadline set for the return of all Afghan refugees to their country.

The workshop was aimed at strengthening cooperation and coordination among all stakeholders regarding the Solutions Strategy for Afghan Refugees (SSAR), for which the government recently allowed a six-month extension in the repatriation process.

“The process of repatriation will be based on the spirit of voluntarily return of Afghan Refugees and no push policy will be adopted in this regard,” said Rahman. He said that UNHCR will remain in Pakistan to provide humanitarian assistance till the last Afghan refugee has repatriated.

Earlier, Additional Commissioner Afghan Refugees Waqar Maroof said the commissioner’s office is working closely with relevant ministries, UNHCR and other UN agencies to enhance and expedite the voluntary repatriation process. He highlighted the three pillars of SSAR: accelerated voluntarily and dignified repatriation of Afghan refugees from Pakistan, development of host communities and their sustainable reintegration into Afghanistan. The criteria for the provision of assistance to Afghan returnees and the impact of funding constraints were also discussed.

Maroof said it is encouraging to note that the repatriation process has expedited as more than 62,000 Afghan refugees returned to Afghanistan in the year 2012. “I am hopeful that the process will further accelerate in the next six months,” he added.

In the early 1980s, soon after the Soviet invasion of Afghanistan, more than five million Afghans fled their homeland for Pakistan. Since the 2001 US-led invasion brought down the Taliban, 3.8 million have returned, leaving 1.6 million behind, most born and brought up in Pakistan. More than 10,000 of these Afghans repatriated during October 23 to November 30, 2012 after UNHCR offered incentives for their voluntary return.

But despite pressure from Islamabad and the incentives, majority of the Afghans still in Pakistan are reluctant to return to a country gripped by war and poverty.