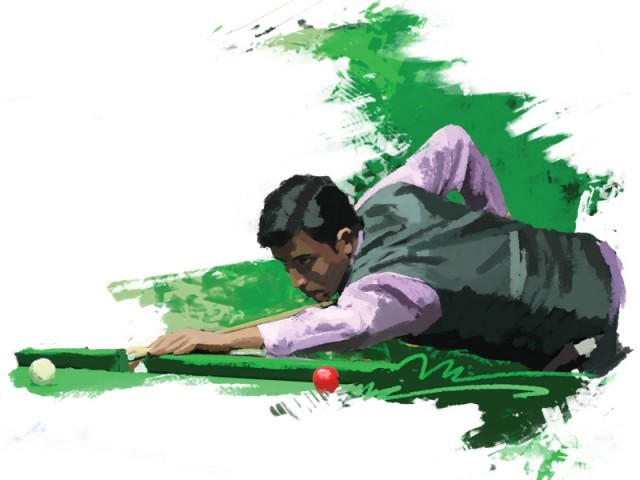 A look back at the biggest moments for Pakistan in sports in 2012.

Pakistani youth made their mark in the World Youth Team Scrabble Championship in Birmingham this  year as they finished third in the 26-nation event.

Pakistan’s Javeria Mirza also landed the award for scoring the highest word in a game (158 points). This was the first time that Pakistan won a medal in an international scrabble event, an improvement from the fifth-place finish last year.After leading the championship for the first two days with Javeria topping the charts, Pakistan lost focus and all six players lost at least three games on the lat day to slip to third. However, their manager Tariq Pervaiz said that the important thing for Pakistan Scrabble Association was that all participants finished in the top-40 out of 89 in the competition.

Pakistan’s participation in the Olympics does not often result in medals and 2012 was no different.

The country was represented in London by the hockey team, two track athletes, a shooter and two swimmers. While hockey was the only realistic chance of a medal, Pakistan’s show in the other disciplines showed how far behind the country
is when compared to the world’s best.

The hockey team finished a disappointing seventh and there was not much to cheer about on the track or in the pool. Pakistan’s show in London should have given officials a harsh dose of reality, driving home the fact that money was needed to improve the country’s show in the global arena.

Few predicted Pakistan to stand up to the English challenge in the UAE. Fewer expected Pakistan to actually win a Test. Nobody, not even the staunchest of supporters, predicted a 3-0 whitewash of the top-ranked Test side in the world.

The batting remained far fromconvincing at times but Saeed Ajmal and Abdul Rehman shared 43 of the 60 wickets to fall to illustrate England’s frailty against quality spin. None of the English batsmen managed to reach the three-figure mark in the three-match series with the lowest point reached when the team was bundled out for just 72 while chasing 144 to win the second Test.

Ammar, the 23-year-old from Karachi, won gold in the -69kg fighting event and a bronze in the -69kg competition. Huraira won gold in the -62kg event and two bronze medals in the belt wrestling freestyle and classic style event. Another highlight of the event was the participation of Sundas Salam as the only female athlete in the championship. She wrapped up her run with a silver medal in the -49kg fighting system and belt wrestling event, while Mohammad Irfan won silver in the -77kg fighting event.

Free-scoring Pakistan dethroned India as Asian Champions Trophy winners by thumping them 5-4. The team scored 27 goals in a tournament that mainly  comprised minnows of the hockey world. The Greenshirts got off to a flyer,  thumping Oman 8-3 before beating China 5-2. Pakistan were held 3-3 by Malaysia before losing 2-1 to India. However, a 5-2 win over Japan ensured a place in the final and despite the antics shown by India in the decider, Pakistan ensured the year ended on a high after a long, long time. Winger Waqas Sharif scored 11 goals and picked up the player-of-the-tournament award.

Hosts India avenged their Asia Cup loss by bulldozing Pakistan 59-22 in an unexpected one-sided final to claim the 3rd Kabaddi World Cup.  Pakistan players were not even close to their shadow of Asia Cup as stopper Ekam Hathur – the star of final – gave India a solid start. India pocketed INR20m while Pakistan received INR10m. Pakistan coach Tahir Waheed Jutt and captain Musharraf Zaidi levelled serious charges against their counterparts after the defeat but the reality was as it was displayed on the score-sheets — Pakistan were second best on the night.

Indians do not take defeats lightly. So when their kabaddi team was losing 40-31 to Pakistan in the final of the 2nd Asia Kabaddi Cup, they decided to walk off.

With just 10 minutes remaining,  an Indian raider came for his second consecutive attack. According to the rules, a raider can only attack once and then a different raider has to come. The argument forced team officials to step in but the Indian team walked off, forcing officials to hand the trophy to Pakistan. Earlier, Pakistan defeated Iran 62-41 in their first match and followed it with a 53-21 victory over Nepal.

Pakistan has been the pioneers to introduce cricket for the handicapped and it shows from their efforts for blind, deaf and physically challenged people. The Pakistan deaf team lifted the 2nd Asia Cup beating Sri Lanka by 92 runs in the final played at the Bagh-e-Jinnah Cricket Ground in Lahore. This was not a performance that could be undermined as in the end what matters are titles to any nation.

Revival of a bilateral series

Talks of revival of a bilateral series against India had been part of every talk that PCB Chairman Zaka Ashraf had since his takeover. He finally succeeded in convincing the BCCI for a short, five-match series to be played in India and as the hype started growing, so did the level of tension.

The tour got off to a brilliant start as the Twenty20 series was shared after thrilling contests in Bangalore and Ahmedabad. The crowd on both sides of the border loved every minute of the action. The only thing missing was a few Tests to see how Sachin Tendulkar fares against the old foes.

With Pakistan a no-go area for international cricketers, the news of an unofficial World XI touring brought joy to the nation. It was not the Pakistan Cricket Board but Sindh Sports Minister Dr Mohammad Ali Shah who gave Pakistan renewed hope by hosting
former international players in Karachi.

The event turned out to be a huge success as the travelling players claimed they enjoyed playing in front of the enthusiastic crowd.

Pakistan had made it to the semi-finals of every ICC event since the 2007 World Twenty20 and much was expected this time around too. Starting late, Pakistan made immediate impact, especially with the bat. With progress confirmed, Mohammad Hafeez’s men went onto shock South Africa and Australia and, despite the customary loss to India, made it to yet another semi-final. Frailty against left-arm spin was exposed yet again as the hosts defended a low total to seal Pakistan’s exit from the tournament but the efforts of Saeed Ajmal with the ball and Umar Gul with the bat will be long remembered.

The 34th edition of Champions Trophy will be remembered for its flawed format, one that guaranteed progress even if a team fails to win any of its group matches. The eight-team event saw Pakistan reach the quarter-finals after beating just Belgium. However, a courageous show against Olympic champions Germany put Pakistan in the running for a medal but a semi-final loss at the hands of the Netherlands meant the Greenshirts had to beat India for bronze. Shakeel Abbasi was named player of the tournament after Pakistan edged out India to grab their first Champions Trophy medal since 2004.

The hosts did accomplish one of their greatest feats when they outran India and Sri Lanka for a place in the final but their inability to press on with
proceedings when it mattered left them as runners-up. Hafeez ended the tournament as Pakistan’s highest run-scorer while the bowling charts were dominated by Pakistan – the top-three comprised Umar Gul, Aizaz Cheema and Saeed Ajmal.

Cueist Mohammad Asif was in the form of his life going into the IBSF World Championship after finishing as runner-up in the Dubai International event.

His trip was not sponsored by the Pakistan Sports Board (PSB) but yet he defied the odds in Sofia, Bulgaria, going through the entire tournament undefeated and lifting the trophy, beating UK’s Gary Wilson 10-8 to become the second Pakistan to become the world amateur snooker champion.

He remained composed in the tournament, evident from his one-sided victory in the semi-final where he thrashed Malta’s Alex Borg 7-1 after defeating Syria’s Mer Alkojah 6-2 in the quarter-finals.