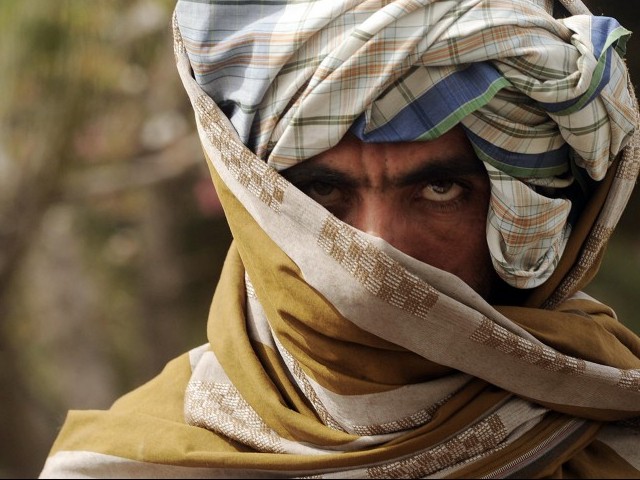 Say the conference is nothing short of American intrigue. PHOTO: AFP/FILE

The Afghan Taliban have rejected an upcoming conference of religious scholars, proposed during the Afghan peace envoy’s Islamabad visit last month, maintaining it was nothing short of ‘clear American intrigue’.

“While it appears that this gathering has been convened by the Kabul administration, the real players behind it are the Americans,” read a Taliban policy statement on Thursday.

“They want to survey Afghan religious scholars’ opinion regarding the 11-year jihad,” the statement maintained, adding, “This is clear American intrigue… they want to use the Ulema to clear their own ‘black picture’ and at the same time create mistrust among Mujahidin, paving a way for the US to perpetually control Afghanistan.”

The Taliban urged all religious scholars across the world, particularly those from Afghanistan, Pakistan, India, Egypt and Saudi Arabia, to boycott what they termed a ‘fraudulent gathering’.

“Participation in this gathering at a time of defeat shows not only your (Ulema’s) support for the US, but also your unfaithfulness towards the Mujahidin, who are your spiritual offspring… You are intellectually and religiously obligated to support your Mujahidin brothers, who follow the footsteps of the companions of the Holy Prophet (pbuh),” the statement said, while addressing the Ulema.

While the Afghan government has started preparations for the conference, the Taliban’s statement raises concerns regarding the attendance of Pakistani religious scholars.

In a veiled reference to the Afghan Taliban, Maulana Samiul Haq, chief of his own faction of the Jamiat Ulema-e-Islam (JUI-S), said the ‘main part to the conflict’ should also be invited to the conference.

“There are many Ulema in Afghanistan… If you invite scholars from the whole world but do not accommodate the Afghan Ulema’s opinion, then the conference will not produce any result,” Haq said while talking to The Express Tribune. He stressed, however, that religious scholars can play an important role in resolving the Afghan problem.

According to Afghan sources, a delegation of Afghan religious scholars is scheduled to visit Pakistan for a meeting with their Pakistani counterparts to extend an invitation to the conference and discuss other matters. They added the visit will be announced once Islamabad gives it a green signal.

Meanwhile, the Afghan ambassador in Islamabad, Umar Daudzai, recently met Maulana Fazlur Rehman, the chief of his own faction of the Jamiat Ulema-e-Islam (JUI-F) to discuss the conference, a JUI-F leader told The Express Tribune. According to him, Rehman told the envoy that he would discuss the subject with his party. The JUI-F chief is believed to weild considerable influence on the Afghan Taliban.