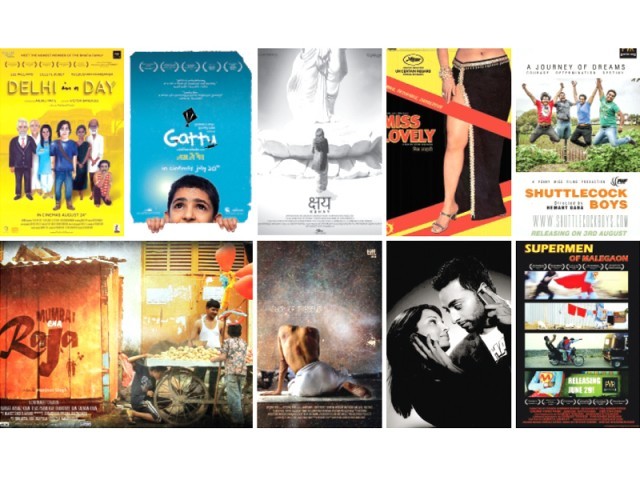 In a year when big-budget, star-studded Bollywood films and the INR1 billion club made headlines, there were some small-budget independent films too, which managed to attract eyeballs, with their strong storylines and visual appeal, without any backing from studios or actors.

Here’s a list of 10 best Indian independent films, which left an impact at various national and international film festivals during 2012.

Known for writing the soap Kyunki Saas Bhi Kabhi Bahu Thi, debutant director Anand Gandhi addressed questions such as redemption and death in his first feature length film, Ship of Theseus. The film made quite a stir at the Toronto International Film Festival.

A heart-warming tale of childlike innocence hidden within us, Gattu was made with the help of Children’s Film Society of India. The story of a young boy obsessed with kite-flying, Gattu may be yet another children’s film but in essence, it highlights the power of hope. Directed by Rajan Khosa, the film was held in high regard by critics and film reviewers all over the world.

Manjeet Singh’s film explores the underbelly of Mumbai during the rainy Ganesh festival. Touted to be India’s answer to Slumdog Millionaire, this film is a perfect blend of joy, sorrow and misfortune. The film was the official selection at the Toronto International Film Festival 2012, the Abu Dhabi Film Festival New Horizons Competition and the Mumbai Film Festival Indian Competition.

SOM takes us through the lives of people, who are united over a single goal to produce a Malegaon version of Superman by making spoofs on Bollywood films. Before its theatrical release in June this year, the film bagged 15 awards at various film festivals.

Shot completely in black-and-white, GNGM plunges into the psyche of the viewers by highlighting the strong desire to be loved. Following screenings at several international film festivals, the tragic yet comedy film saw a theatrical release in India January 20 and opened to mostly positive reviews.

The film was made by all first timers. Most of the cast members are non-actors and didn’t have any formal training. The film revolves around the lives, successes and failures of four friends who hail from lower middle class backgrounds in Delhi. It made its way to festivals including the Gotham Screen International Film Festival, New York, the Seattle South Asian Film Festival and the Chicago South Asian Film Festival.

Delhi in A Day

Prashant Nair’s debut feature, set against the backdrop of a rich family in Delhi, makes a strong statement on the socio-economic strata without deviating from the crux of the plot. The film had flashes of comedy to shine a light on the uncomfortable realities of contemporary life.

Crime-thriller Peddlers is an ode to Mumbai that narrates a raw story of three characters that share an almost appalling behaviour since childhood. The film was screened as part of the 2012 International Critics’ Week, an independent film event which runs parallel to the Cannes Film Festival in southern France.