Upcoming polls: Caretakers to be installed on March 17, says Wattoo

Upcoming polls: Caretakers to be installed on March 17, says Wattoo

Says electi­ons will be held less than two months after setup is in place.
By Abdul Manan
Published: December 24, 2012
Tweet Email 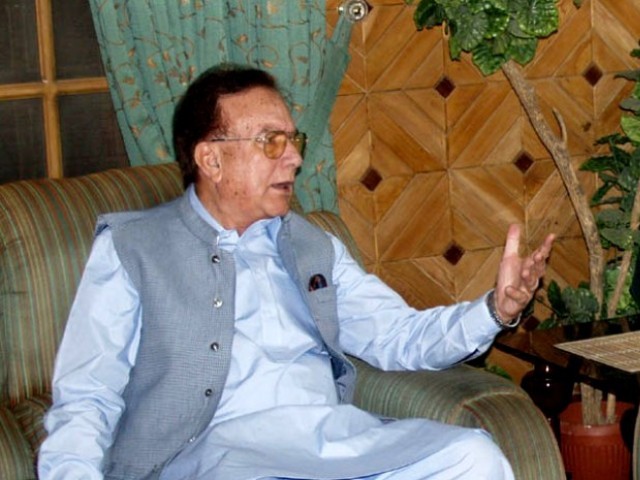 Says elections will be held less than two months after setup is in place. PHOTO: PID

LAHORE: The government will impose the caretaker setup for the upcoming general elections across the country on March 17, according to Pakistan Peoples Party’s (PPP) Central Punjab chapter president Mian Manzoor Ahmed Wattoo.

Addressing a press conference at the Governor House here on Sunday, Wattoo added that the upcoming polls will be completed within two rather than three months. He clarified that while only the National Assembly is scheduled for dissolution on March 16, the caretaker setup would be installed both at the centre and in the four provinces on March 17.

Wattoo informed reporters that the general elections would be conducted within two months after the caretaker setup is put in place. Reiterating PPP’s resolve to conduct the polls on time, he said the party was engaged in talks with Pakistan Muslim League-Nawaz (PML-N) regarding the caretaker setup. In response to a query regarding accountability before the elections, he said the slogan was being promoted by quarters ‘incapable of winning even a local council member’s seat’.

Talking about newly-designated Punjab Governor Makhdoom Ahmed Mehmood, Wattoo said that President Asif Ali Zardari had taken him into confidence regarding the former’s appointment. He maintained Mehmood’s appointment would strengthen PPP’s position in southern Punjab, especially considering the new Governor’s influence over both National and provincial assembly seats in the Bahawalpur division.

The PPP Central Punjab president lashed out at Tahirul Qadri’s public gathering at Minar-e-Pakistan, terming his slogan ‘Siasat Bachao ya Riasat Bachao’ (Save politics or save the state) ‘utter nonsense’. He maintained Qadri’s slogan was both untimely and unsuitable, adding that the latter was wasting his energy in favour of an ‘old ideology which would never materialise’. Wattoo said that while both PPP and PML-N were trying to forge a sustainable democratic setup, Qadri was opposed to democracy itself.

Replying to a question about Muttahida Qaumi Movement’s presence at Qadri’s gathering, he said it was the party’s right and PPP had no objection against it.