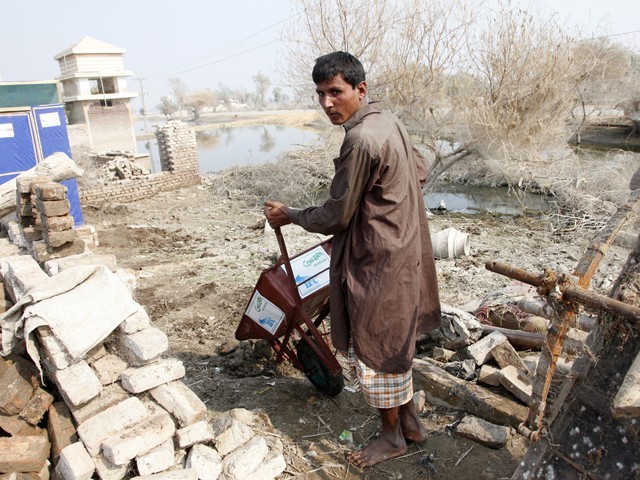 The Cultural Heritage Council (CHC) has expressed concern over constant tampering of the historical City Wall’s portion near Lahori Gate and the construction of markets in its place.

Encroachments on this part of the wall started in February this year after which the Archaeology Department sent an application to the Home and Tribal Affairs Ministry to take notice of the matter.

According to CHC, the ministry directed the commissioner to take steps to preserve the City Wall, but to no avail as construction around it continued unabated.

This portion of the wall was retrieved from the Christian community after compensating them with alternative land under the Land Acquisition Act. The City Wall stands as a major heritage site in Peshawar. However, it now gives the look of a mud patched structure due to repeated demolishing and reconstruction.

The CHC deplored the fact that construction continues in the name of widening the City Circular Road whereas buildings are also being erected in the area. Bricks from the wall are also being used by those to whom land is allotted for construction of shops.

“No government department has the right to dole out land and allow the wall’s destruction as it has historical and cultural importance,” said the statement issued by CHC.

The CHC specifically asked the Archaeology and Culture departments to initiate the restoration of the wall’s portion between the Lahori and Nishtarabad Chowk.

“If allotment of the land for construction of the shops is so imperative for the local government department then at least the part of the historical city wall pulled down during the last one year should be restored by experts and only standardised 10 feet high shops construction allowed,” read the statement.

CHC warned that it will not hesitate in approaching the Peshawar High Court.

City Wall was originally made of mud during the reign of Sikh-era Italian general Paolo Di Avitabile (1838-42). It was strengthened with bricks when the British took over Peshawar in 1849.

What financial crunch?: In four years, CDA bosses spent Rs8m on their houses