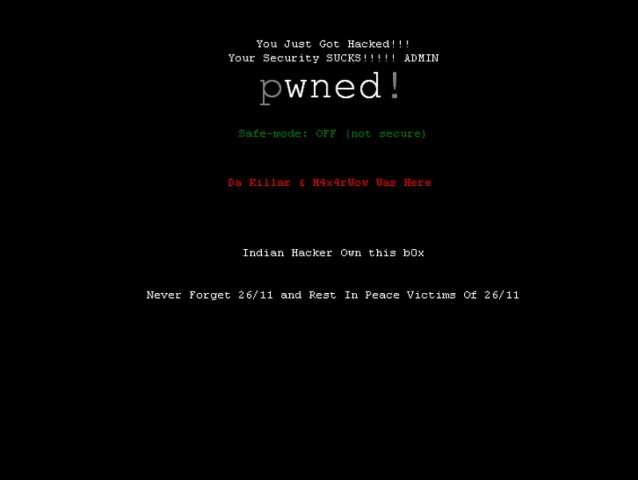 The website of the Peshawar high court was hacked and defaced on Friday apparently by Indian hackers.

However, the site was restored shortly after the hack.

According to the message left by the hackers “Da Killar” & “H4x4rWo”, the hack was in remembrance of November, 2008, Mumbai attacks.

A message posted by the hackers read:

The hackers further pointed out that security employed by the website administrators was not strong enough to keep them out.

Chief Justice (CJ) PHC Dost Muhammad Khan when contacted told The Express Tribune that they have started recovering the page adding it could take time to recover the page. When asked why Indian hackers would hack the PHC website, he said ”there could be someone else behind hacking the PHC page.”

When contacted, Registrar PHC Subhan Sher told The Express Tribune that they have alerted their information technology experts adding they will soon restore the page however, refused to give a timeframe for restoration of the PHC website.

Earlier in December, hacker EboZ told Techcrunch that he had managed to hack into databases of NADRA and FIA with access to their data, pointing out security of Pakistani websites was not as sophisticated and impregnable as claimed.