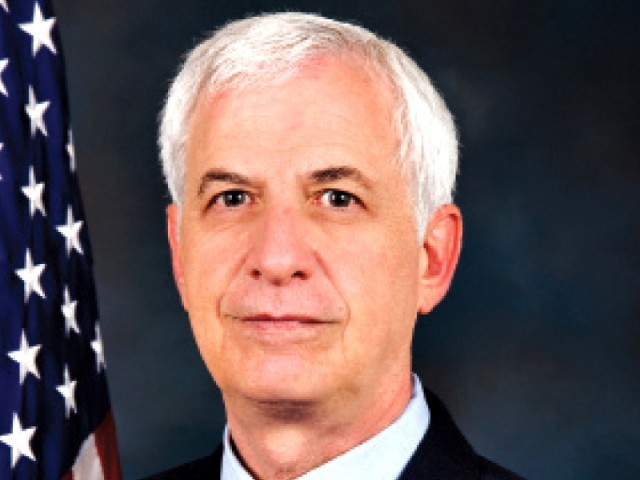 There is no substitute for a political agreement in Afghanistan, and military action alone is not enough to bring an end to the conflict. This was said by James Larocco, director of the Near East South Asia Center for Strategic Studies in Washington and a former US ambassador, during a roundtable discussion at the Jinnah Institute in Islamabad on Wednesday.

“Militaries don’t solve the problems. Essentially, you have to address political issues, and you have to address economic issues. Without addressing those two, militaries accomplish nothing,” said Ambassador Larocco, adding that other countries in the region, especially Pakistan, need to be comfortable and feel secure with the political and economic arrangements in Afghanistan.

The discussion — attended by journalists, researchers, former and current Pakistani officials and members of civil society — focused on the state of Afghanistan, US-Pakistan relations and the way forward on resolving issues that have plagued them.

Participants agreed that greater people-to-people contacts were necessary for strengthening the relationship, so that both countries better understand each other.

Raza Rumi, director of policy and programmes at the Jinnah Institute, stressed on the need to improve ties, not just between governments and militaries, but also between institutions and people.

The lively discussion also focused on the trust deficit between the US and Pakistan and how both countries had no choice but to work together for goals such as regional stability, and that both countries needed to deepen their ties, which are currently “episodic” in nature.