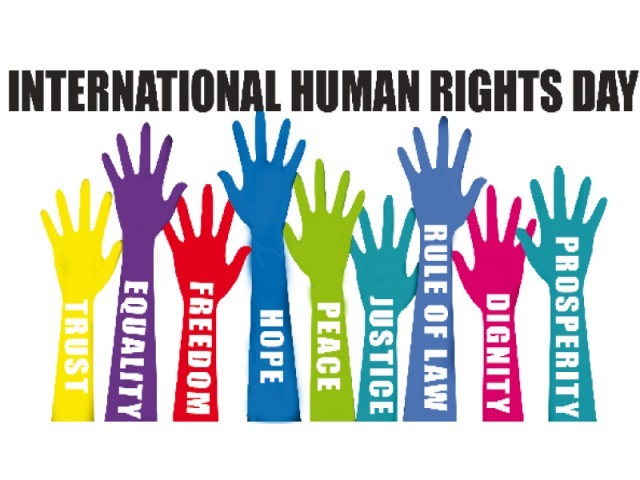 KARACHI: On the eve of the Human Rights Day, representatives of four NGOs, as well as lawmakers gathered to discuss the plight of religious minorities in the country.

The Society for the Protection of the Rights of the Child (SPARC), Civil Society Support Programme, Global Human Rights Defence, and the Pakistan Hindu Seva Welfare Trust organised a conference on minority rights at the Pakistan American Cultural Centre on Sunday.

Minority MPA Saleem Khokhar said that religious communities were being threatened by forced conversions and attacks on their houses of worship. He also lamented that the country was ignoring contributions made by their leaders in various fields. “No one talks about Hiranand Khemchand, the first chairperson of the Sindh Assembly. While there are pictures of all the speakers hanging in the assembly, there is no picture of him.” Khokhar added that children belonging to religious minorities were deprived of religious freedom, as they were unable to study about their faiths in schools. “If Muslim [students] are taught Islamiat, then why can’t our children be taught Christianity or Hinduism?”

The minority MPA added that he once asked the Sindh education minister why only non-Muslims are taught ethics. “Don’t Muslims need ethics?” The lawmaker also condemned the demolition of the Shri Rama Pir Mandir in Soldier Bazaar, he said that no lawmaker from that constituency had visited the place and condoled the people affected by the incident.

Hindu lawmaker Pitanber Sewani admitted that the five per cent job quota for minorities in government jobs was not being implemented. However, some lawmakers are trying to bring a change by introducing legislation that calls for protection of houses of worship, and also for making necessary changes in the curriculum.

Bishop Ijaz Inayat said that he was starting a movement for the protection of temples and other houses of worship. “We lost one temple recently. We cannot afford to lose another. If the current situation prevails, there will be no temples left.”

SPARC’s Iqbal Detho appeared upset over the state of religious minorities in Sindh. “Hindu Sindhis are indigenous people, but they are called minorities,” he lamented. Human Rights Commission of Pakistan Sindh vice chairperson Amarnath Motumal accused the judiciary of being mere spectators when it came to forced conversions and other problems faced by religious minorities.