Time to rid us of our ‘educated’ MPs

Time to rid us of our ‘educated’ MPs 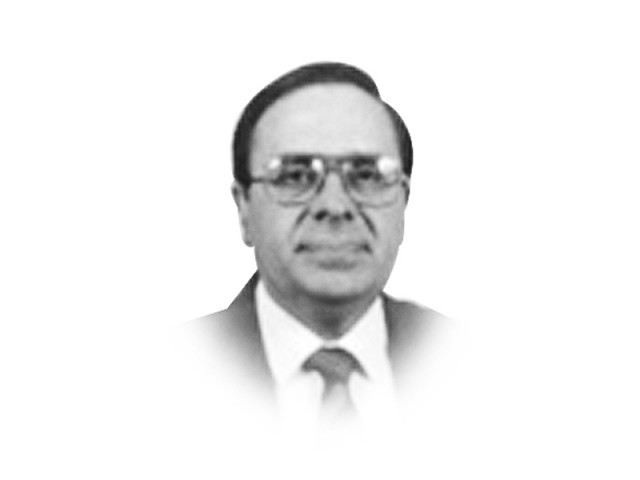 The present alarming state of affairs of our economy is directly connected with the presence and actions of dozens of ‘honourable’ parliamentarians who forged their degrees to become eligible for elections to the National and provincial assemblies in 2008. It is the actions of these ‘honourable’ parliamentarians, particularly the budgets that they approve for our national development, that have contributed in a major way to the current sad state of affairs in Pakistan.

The degrees of 51 parliamentarians were found to be forged. In addition, some 250 parliamentarians have refused to submit their original documents to the Higher Education Commission for verification, in clear defiance of the orders of the Supreme Court. In any other country, such legislators would have ended up in jail for forgery, the government would have collapsed and new mid-term elections would have been held. But not in the Land of the Pure. The former chief election commissioner decided not to obey the orders of the Supreme Court and looked the other way. The Supreme Court should have acted swiftly as this was a most urgent national matter — the presence of some 300 persons sitting illegally in our National and provincial assemblies, controlling the destiny of our country and making our laws. A contempt of court notice should have been served on the chief election commissioner in 2010.

The present Chief Election Commissioner, Fakhruddin G Ebrahim, is reputed to be an honest and upright person. He now has a legal obligation to urgently undo this wrong done by his institution and to implement the decision of the Supreme Court by declaring null and void the elections of those legislators who refused to provide evidence regarding their degrees. We expect that he will act fearlessly and expeditiously to undo the harm done by his predecessor. He must not consider the consequences of his action, as he is bound by the law of the land. He must honour the decision of the Supreme Court and apply the law swiftly so that those members of parliament who were elected illegally in the 2008 elections are dismissed and disbarred from politics for life. The Supreme Court should also ensure that its decision is implemented forthwith.

Due to poor governance and rampant corruption under the rule of some of these legislators, Pakistan is today faced with an unsustainable and collapsing economy. The national debt has doubled during the last five years alone. As a result, international lending agencies such as the IMF, the World Bank and the Asian Development Bank control our national development policies and shape our future. And in turn, they are often strongly influenced by world powers. A book titled Confessions of an Economic Hit Man (Berrett-Koehler, 2004) by John Perkins was a runaway best-seller because the book described in some detail how developing countries are brought to their knees by corrupt practices through plots by a foreign government agency. The leaders of these countries are persuaded with huge kickbacks to take mega loans from foreign aid-giving agencies. Once submerged in debt, these countries are economically strangulated to a point where they have to timidly obey commands from foreign masters. What has happened in Pakistan, particularly, during the last five years, is uncomfortably close to the scenario described by Perkins in his best-seller.

The parliamentary system of government has repeatedly failed to deliver for two major interconnected reasons: the stranglehold of the feudal system and massive illiteracy. It is the corrupt and powerful that come into parliament and later rule over us. We need to amend the Constitution so that we have a presidential system of government and the president then chooses his own team of professionals and technocrats as cabinet ministers from outside parliament. The role of parliament should only be to make laws (so the majority of parliamentarians must be highly educated) and to have oversight on the running of the government. Persons appointed at key positions (including the president, cabinet ministers, parliamentarians and heads of public-sector organisations) must be first thoroughly screened by a Committee of Elders (comprising retired judges and eminent citizens of spotless character) for their integrity, capabilities and professionalism before being declared eligible for elections.

It is now up to the Supreme Court of Pakistan and the Election Commission of Pakistan to act. The hundreds of  ‘honourable’ legislators who cheated to get into parliament must be brought to justice.