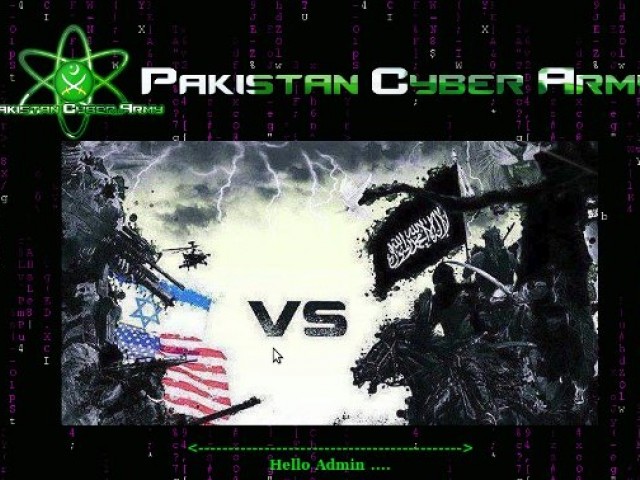 Pakistani hacker going by the alias "Code Cracker" posted this image on Chinese websites to deface them. PHOTO: HACKREAD

A Pakistani hacker managed to break into and deface in excess of 400 Chinese government websites and webpages, as reported on Hack Read on Thursday.

According to the website, a hacker who goes by the alias Code Cracker and is part of the Pakistan Cyber Army hacking group, managed to post his groups’ signature defacement image on the official website of Xuchang City People’s Procuratorate before moving on and repeating the move on several of the sites sub-domains.

The website belongs to and is operated by the Xuchang City administration. It was first hacked on September 22, 2010 by Indonesian hackers. The site was most recently hacked just last week on November 29, 2012.

The full list of the hacks was pasted by the hackers on information sharing site PasteBin:  http://pastebin.com/HMm1cdXT

Following the hack, the website and its sub-domains were taken offline.

In November, a hacker eBoz took advantage of vulnerabilities on the ‘.pk’ domain on PKNIC servers to hack and deface Google’s Pakistan sub-domain.

Staying healthy: Polio campaign to be launched in Sukkur