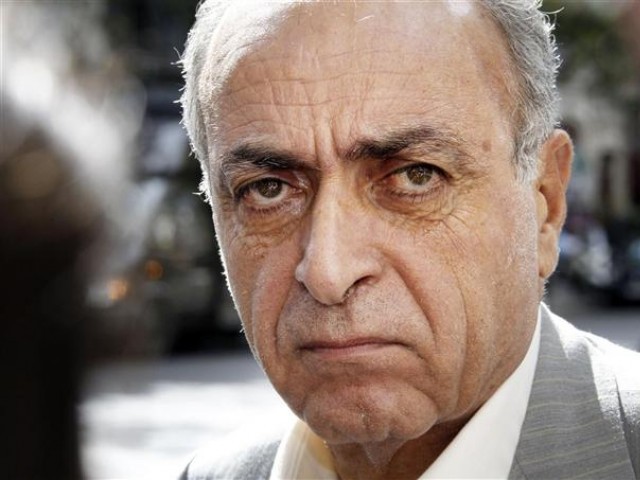 Ziad Takieddine is embroiled in a string of illegal political financing scandals, had been caught with money on private flight out of Libya in March 2011. PHOTO: AFP/FILE

PARIS: A Franco-Lebanese businessman who has been charged with corruption in the “Karachi” kickbacks affair is also being investigated for suspected money laundering after being detained with 1.5 million euros in cash, it emerged on Thursday.

Judicial sources said Ziad Takieddine, who is embroiled in a string of illegal political financing scandals in France, had been caught with the money on a private flight out of Libya in March 2011, prior to the overthrow of Moamer Qaddafi.

The case has been put in the hands of examining magistrates Renaud Van Ruymbeke and Roger Le Loire, the judges who are in charge of the Karachi investigation.

That case centres on allegations that a 2002 bombing in Karachi was allegedly carried out by Pakistani agents in revenge for the non-payment of alleged bribes promised in relation to a 1994 sale of a French submarine.

It is alleged that some of the cash involved was channelled back to former prime minister Edouard Balladur’s campaign to be the French right’s candidate in the 1995 presidential election.

Takieddine has been charged as acting as an intermediary.

The Karachi affair has also embroiled former president Nicolas Sarkozy, who was Balladur’s campaign spokesperson and budget minister at the time.

Media reports have claimed Sarkozy authorised the creation of a shell company used to channel kickbacks. He has been questioned by the judges but not charged with anything. Two of his former aides have been charged.

Sarkozy has also been accused, by the media, of accepting cash from Qaddafi for his own 2007 presidential election campaign.

No investigation has been opened into those claims and Sarkozy is pursuing a defamation suit against online news website Mediapart over its reporting.