Dire scarcity: For many Peshawar residents, this winter is harder than most

Dire scarcity: For many Peshawar residents, this winter is harder than most 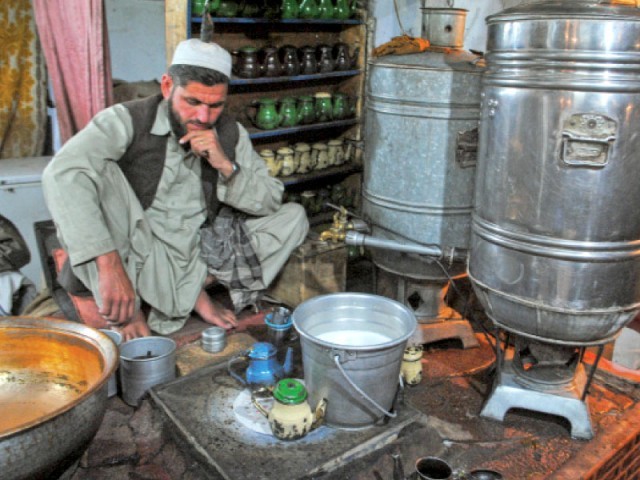 Some residents in the provincial capital have it more difficult this winter owing to severe gas shortages since the last three months.

Earlier, housewives from these areas also staged protests outside the Sui Northern Gas Pipelines Limited (SNGPL) office at Shahi Bagh area.  Gas load shedding in their localities are usually from 6am to 9 am and then later from 7pm to 9pm in the evenings. “Sometimes I have to send my children to school without breakfast because there is no gas to light the stove,” said Nosheen Bibi, a resident of Bashirabad.

Naeem Jan, another resident from Bashirabad, also complained that due to load shedding they have started using electricity for cooking, which has increased their electricity bills. He complained that officials at the SNGPL had not informed them about how long the problem would persist. “We could have brought LPG instead of electricity if we knew how long the shortage will last but the authorities did not bother to inform us,” he said.

Despite repeated attempts, the authorities concerned were not available for comment when contacted.

While the population continues to increase, the numbers of pipelines remain the same. As usage of gas increases in the winter, these old pipelines cannot meet the demand. However, Amir Ali, hailing from Pajaggi Road, argued that residents of posh areas, such as Shami Road, get uninterrupted gas supply while in adjacent areas, Hassan Ghari and Bashirabad, where the lower middle class lives, residents suffer from long gas cuts.