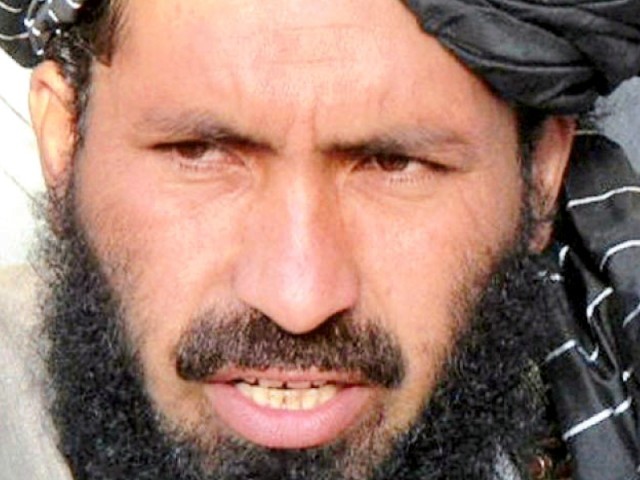 The Taliban from the group cordoned off the site soon after the blast, closing shops and asking people to rush out. PHOTO: FILE

In an incident laced with irony, a powerful Taliban commander, who has escaped a US drone attack in the past, was targeted by a suicide bomber on Thursday.

Prominent warlord Mullah Nazir was targeted in Rustam Bazaar, Wana sub-division, a security official informed The Express Tribune – but escaped with injuries. Seven people, including the suicide bomber, were killed and 18 others were injured in the attack, an official of the political administration in Wana sub-division confirmed.

A spokesperson for Nazir’s Taliban faction, Maulana Amir Nawaz, said that the 18 injured included Mullah Nazir. Ten shops in the marketplace and some vehicles were also damaged as a result of the assault, he said.

Amir added that a suicide bomber riding a motorcycle rammed into Mullah Nazir’s car near Ajab Noor Masjid in the bazaar. Mullah Nazir, however, was not in his vehicle at the time.

“Mullah Nazir is slightly injured but his condition is out of danger,” Amir said.

A tribesman told The Express Tribune that the commander sustained minor injuries in right leg, chest, face and the arm, adding that he was standing near a vegetables pushcart at the time of the blast.

An eight-year-old boy was also a victim of the attack.

Giving details of the attack, residents of the area present in Wana Bazaar at the time of the attack recounted to The Express Tribune that they heard a loud blast followed by firing, which spread panic across the marketplace.

The Taliban from the group cordoned off the site soon after the blast, closing shops and asking people to rush out.

In 2006, Mullah Nazir founded his own Taliban outfit, but was largely dormant.

On October 31, 2008 Mullah Nazir came under drone attack in Doog village. He survived the attack, sustaining minor injuries. Nazir’s faction is one of four major Taliban groups that joined the al Qaeda-brokered Shura-e-Murakeba alliance late last year. The others are Hafiz Gul Bahadar’s group, the Haqqani Network and the Pakistani Taliban led by Hakimullah Mehsud.