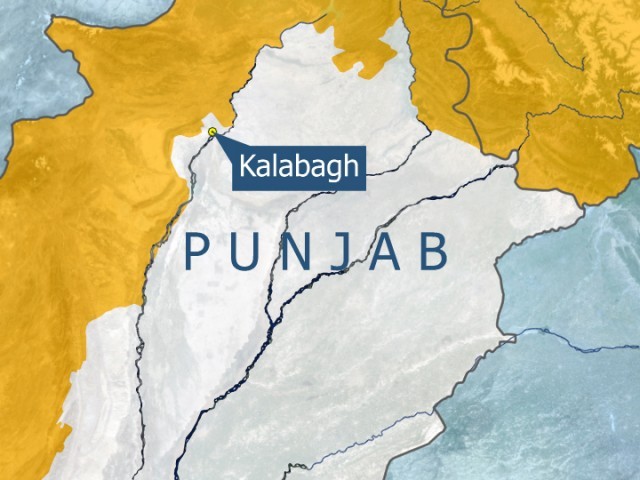 The Council of Common Interests had cleared the project in 1991 and 1998, while a technical committee gave it a green signal in 2005. PHOTO: EXPRESS/FILE

LAHORE / KARACHI: The Kalabagh dam issue has split the country for over  two decades. The split re-emerged on Thursday as Lahore High Court Chief Justice Umar Ata Bandial ordered the federal government to allay apprehensions of all stake holders and build the controversial dam.

Chief Justice Bandial directed the government to fulfill its responsibilities under Article 154 of the Constitution given the Council of Common Interest (CCI) has twice approved construction of the project.

While disposing of a number of petitions on the matter, the chief justice held, “In the circumstances and for detailed reasons to follow, the Federal government is directed that in the performance of its duty under Article 154 of the Constitution, it shall in letter and spirit take steps that implement the decisions of the CCI dated September 16, 1991 and May 9, 1998 regarding Kalabagh Dam.”

“Bona fide steps by the Federal government in the foregoing behalf are necessary so that the fate of the project is not sealed on the basis of presumptions and surmises when in the light of the material on record the project is admittedly feasible both technically and economically,” the court  noted.

It further directed the government to allay apprehensions of different political groups and provinces on the matter. “It is therefore directed that whilst implementing the afore-noted CCI decisions the federal government shall faithfully strive to explore and devise an administrative framework and safeguards that allay the apprehensions, political or otherwise nurtured by concerned quarters about the Kalabagh Dam project.”

The chief justice urged the government to expedite the construction process of the dam. “The foregoing steps shall be taken expeditiously by the Federal government with a resolve to comply the provisions of Article 154 of the Constitution by effectuating the will of the CCI as expressed or by seeking further guidance and direction therefrom if need arises.”

The court had earlier called for records of meeting minutes of the CCI on the construction of Kalabagh dam. In reply, a senior CCI secretary of the ministry of inter-provincial coordination on Thursday informed that two decisions had been taken by the CCI regarding the Kalabagh Dam project.

The first of these was on September 16, 1991 when express approval for construction of Kalabagh Dam multipurpose project was given.

Later on May 9, 1998 the CCI re-visited the project when the Natural Water Resources Development Program (NWRDP) headed by the ministry of water and power was directed to prepare for detractors a document explaining the issues involved in the construction of Kalabagh Dam and addressing political and technical concerns about it. It was also directed that supplementary projects in support of the Kalabagh Dam be prepared to mitigate its effect.

The chief justice remarked that neither the said decisions nor the project have thereafter received much attention of the federal government. Petitioners counsel said that a technical study undertaken in 2004 by representatives of all four provinces further endorsed and approved the feasibility for Kalabagh Dam.

“The Constitution of Pakistan confers a pre-eminent position to the CCI to formulate and regulate policies for the Federation in relation to a number of subjects including Water and Power. A decision of the CCI has obligatory effect unless the same is modified by Parliament at the instance of the federal government under Article 154(7) of the Constitution,” chief justice Bandial observed.

“In the present day of shortage of available electric power in the national grid, scarcity and depletion of irrigation water resource for arable land in the country and the frequent occurrence of floods in the Indus riverine basin has adversely affected the quality and security of life of the citizen in the Province of Punjab and the country as a whole. The resulting degradation in the quality and conditions of life of the affected citizen violates their fundamental rights guaranteed under Article 9 and 25 of the Constitution.”

Judicial Activism Panel chairman Muhammad Azhar Siddique, advocate Syed Feroze Shah Gillani and others had filed the petitions for construction of this dam. They had argued that despite an agreement being signed by chief ministers of the four provinces at the CCI in 1991, no move had been made to construct the dam.

They added that technical objections raised over the project had been cleared when a technical committee on water resources gave the project a green light on April 11, 2005.

National consensus must for dam

As the decision was broadcast over the airwaves, reactions from various sections of the political establishment started to pour in.

Punjab chief minister Shahbaz Sharif, who’s province has pushed for the construction of the dam, said that a national consensus on the issue was must.

Pakistan Tehreek-i-Insaaf too echoed the sentiment saying that while it respected the judgment, and recognised the need for new reservoirs, consensus was necessary over the matter. “However, it believes that the construction of Kalabagh Dam should only be undertaken after a broad national consensus. According to the party, if the people of all the provinces are not taken on board and their consent not obtained for new water reservoirs particularly Kalabagh Dam, it would lead to unhappiness and unrest. The nation at this juncture cannot afford that,” a party statement read.

Sindh, which has long opposed the Kalabagh dam, reiterated that the dam deeply splits public opinion and faces more opposition than takers.

Pakistan Peoples’ Party (PPP-P) leader and acting Sindh Governor Nisar Ahmed Khuhro expressed his fear that the LHC’s decision on the dam will fuel infighting among the provinces.

In a statement issued here on Thursday he opined that the impact of the judgment “will not only destroy unity among the people of Pakistan but also pave way for dictatorships in the country.”

He added that the three provincial assemblies had already unanimously rejected the controversial project, and the chapter of the Kalabagh Dam was closed. This was echoed by the Sindh Information Minister Sharjeel Memon. “Sindh, Balochistan and Khyber Pakhtoonkhwa assemblies had unanimously passed resolutions rejecting this project,” said Memon in a statement.

Khuhro urged the Supreme Court to set aside the LHC’s judgment in larger interest of the country. He also asked the Pakistan Muslim League-Nawaz (PML-N) Chief Mian Nawaz Sharif to get a resolution passed against the Kalabagh Dam project.