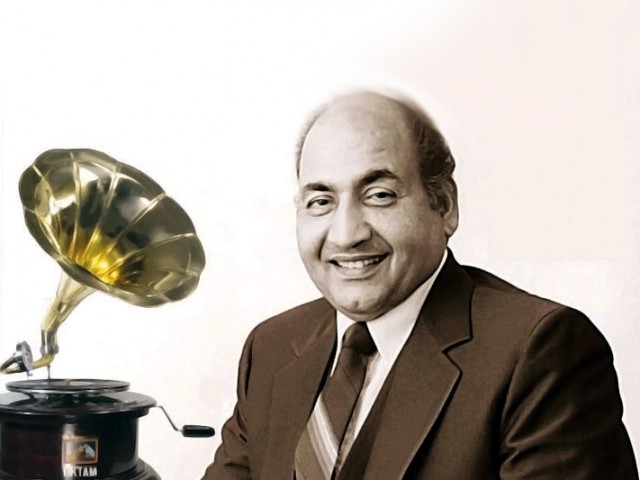 Rafi would adjust his voice according to the song’s requirement before recording it. PHOTO: FILE

Praising legendary singer Mohammad Rafi, megastar Amitabh Bachchan said: “It was amazing how Rafi sahab sang as melodiously as he did in absence of technology.”

Big B spoke at the launch of “Mohammed Rafi, My Abba — A Memoir”, a book written by the singer’s daughter-in-law Yasmin Rafi.

“When we look at the great amount of work that he has left behind, we must be astonished now because Rafi sahab rendered the songs at a time when the support of the technology was not there,” said Amitabh.

“Today’s music directors, technicians and singers, with all due respect, have the benefit of technology. You sing slightly besura [out of tune] and there is a lovely machine that puts you in tune,” added the 70-year-old, who has himself crooned some of his own songs.

The actor says he has great admiration for Rafi. “This is primarily because he lived through a time and performed through a time when he was not supported by the modern technology that we have today.”

Amitabh also spoke of Rafi’s versatility and recalled how he used to mould his voice according to the actor he sang for.

“Before singing a song for a particular actor, he used to ask, ‘Which actor am I singing this for?’ Then he would alter his voice accordingly,” he continued. “Whether he was singing for Shammi ji or whether it was for Dilip sahab, you felt that yes, this is Dilip Kumar singing or Shammi Kapoor singing. This is a quality which is very rare among the playback singers.”