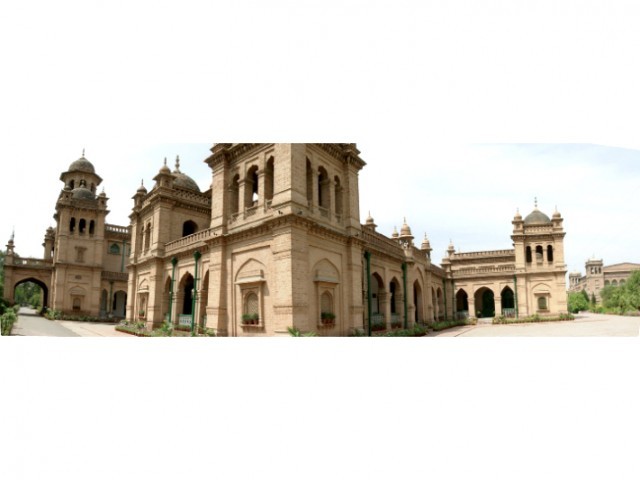 The building, now host to Islamia College University, was built in 1912 and has a unique blend of Mughal, Hindu, and Gothic styles. PHOTO: FILE

The administration of Islamia College University (ICU) has agreed to register the institute’s century-old building as a heritage site, according to a statement issued by the Citizen for Clean Environment (CCE) on Thursday.

The decision was made during a recent meeting between the ICU administration and a CCE team headed by Architect Tahir Khattak.

It was also decided that ICU will constitute a committee of conservationists to begin documentation of the building and hold consultations with relevant authorities in the federal and Khyber-Pakhtunkhwa (K-P) government to include the building in national and international heritage lists. The committee will also take necessary steps to ensure funding for the building’s conservation.

The “architectural wonder” was built in 1912 and has a unique blend of Mughal, Hindu, and Gothic styles, according to Khattak. However, like its counterpart Government College Lahore, the ICU building is though a renowned heritage site, it is yet to be notified by the provincial government as a protected monument under NWFP Antiquities Act 1997.

Khattak said it is also important that minimum intervention and expansion of the existing colonial building is carried out so that it does not disqualify standards set by international heritage organisations like UNESCO.

Around 200 sites and antiquated buildings spread across K-P, belonging to the British, Sikh, Durrani, Mughal, Hindu Shahi, Gandharan and Greco-Bactrian periods, also deserve to be included in the provincial and national heritage list. Owing to rapid urbanisation, it is feared that unless these sites and buildings are protected under the provincial antiquity act they may soon be demolished or taken over.