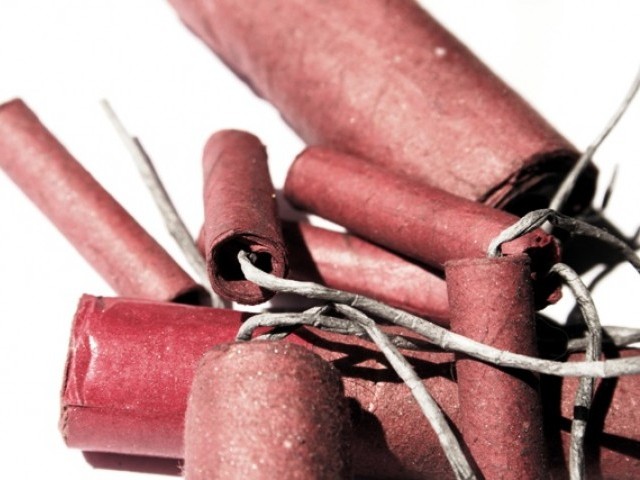 Police foil a terrorist attempt and recover large quantities of explosives from a car in Peshawar. PHOTO: FILE

PESHAWAR: Police foiled a terrorist attempt and seized large quantities of explosives and detonators being transported in a pick up truck on Ring Road on Wednesday afternoon.

Talking to the Express Tribune, SHO Yasin Khan said that they stopped a pick-up truck bearing registration numbers G-4234, during a routine stop on the Ring Road and recovered 4560 sticks of dynamite as well as 9750 detonators.

The driver of the vehicle was promptly arrested and an has been FIR filed against him for trying to transport explosives from Bara Khyber Agency.

“We have arrested the man who is being interrogated at the moment,” said Khan.

The SHO said that many of CD shops and schools in the province had been blown up using dynamites, adding that the powerful explosives are easily available.

“Dynamite has sufficient enough destructive power to destroy solid rock and it is often used in bomb blasts,” explained another official on the condition of anonymity.

The official said that there was complete ban on the sale and purchase, stocking and transportation of dynamite in the country and police had been ordered to arrest all those violating the ban.

He said that further details would be provided by the City SP Asif Iqbal in a press conference.