The philosophy of Pakistan

The philosophy of Pakistan 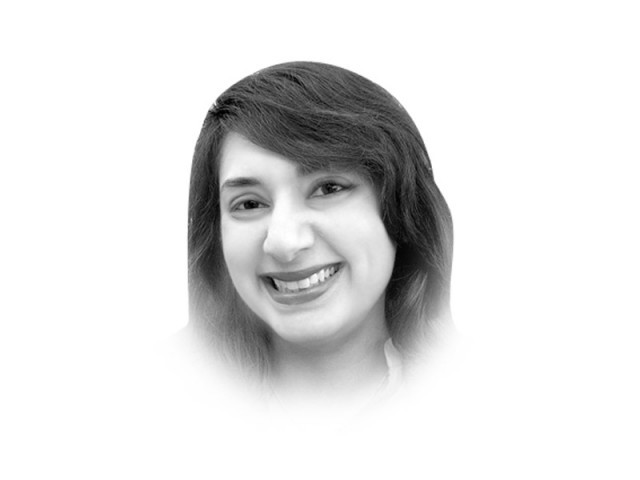 The writer is an author, most recently of Slum Child (2010). She has written for numerous publications including Dawn, The Friday Times and Chowk

The other night, I watched a play in Karachi’s Arts Council called “Pawnay 14 August” (“Quarter to 14th August”) written by famed Pakistani playwright and actor Anwar Maqsood. The play’s premise is simple: three great leaders of the Pakistan Movement come down from heaven for one day to see what has become of the country they envisioned sixty-plus years ago.

As they wait for a flight to Islamabad in the Karachi airport lounge, they come across a variety of modern-day Pakistanis who show them that life in the Islamic Republic hasn’t turned out as successfully as they’d hoped. It’s a comedy with a bitter bite at the end as the founder of Pakistan, Muhammad Ali Jinnah, is unrecognisable to everyone and is finally mistaken for the actor Christopher Lee (who portrayed him in a biopic) by a little girl with an autograph book.

One of the other figures portrayed in the play is Allama Iqbal, the famed philospher-poet whose verses inspired the Pakistan movement. He wrote both in Urdu and Persian, and is also known for exploring the concept of  “Khudi”, or the self, which correlates with the Islamic concept of the divine spark that exists in every human being. Iqbal surmised in his great work Asrar-e-Khudi, or The Secrets of the Self, that the self is the transformer of the spirit through which humans cannot just achieve tremendous goals on earth, but actually know the face of God.

Named as Pakistan’s national poet, Iqbal’s ideology was the philosophical skeleton on which the flesh of Pakistan’s creation was draped — he believed in the nobility of humankind to such an extent that the people were moved enough to actually create a new country for themselves. Yet, a running joke in the play was that Iqbal’s dream of a nation for Muslims carved out of India had turned into a nightmare, a zombie country characterised by brutality, mass confusion and dishonesty. “Even if you saw such a dream”, moaned Mohammed Ali Jauhar, the third of the illustrious leaders, “why did you have to tell him (Jinnah) about it?”

Still, it’s very easy to understand what’s gone wrong in Pakistan through the prism of Iqbal’s vision: we Pakistanis have become disconnected from the self or at least that spark that resides within all of us and keeps us connected to one another and to divinity. Swayed by competing ideologies — militarism, capitalism, Islamism to name a few — we have lost direction. Our journey to selfhood, which Iqbal said was tantamount to human development — and collectively, the journey to nationhood — has been interrupted, replaced by a journey in which a pure heart is not as important as a full pocket and a self-righteous, hypocritical façade.

Is it possible or even desirable that we as Pakistanis find our way back to Iqbal’s vision or has it become outdated with the increased economic and sociopolitical pressures of the modern world, the War on Terror and the nuclear competition with India? I don’t know the answer to this question. What I do know, though, is that if we turn our backs on Iqbal’s philosophy, we lose the chance to see ourselves as worthy human beings, deserving of better than the mess our country is in today. Allama Iqbal was someone who believed in not just the potential but the very real greatness in each and every Pakistani. And every human being needs someone to believe in her, so that she may believe in herself and aspire to raise herself to the heights of recreating this nation: a newer, better version that Jinnah, Iqbal and Shaukat Ali would truly be happy to see.

Urbanisation in Pakistan and its consequences