About Life of Pi

About Life of Pi

Creati­vity in motion — The team of Life of Pi talks about the making of the film.
By News Desk
Published: November 20, 2012
Tweet Email 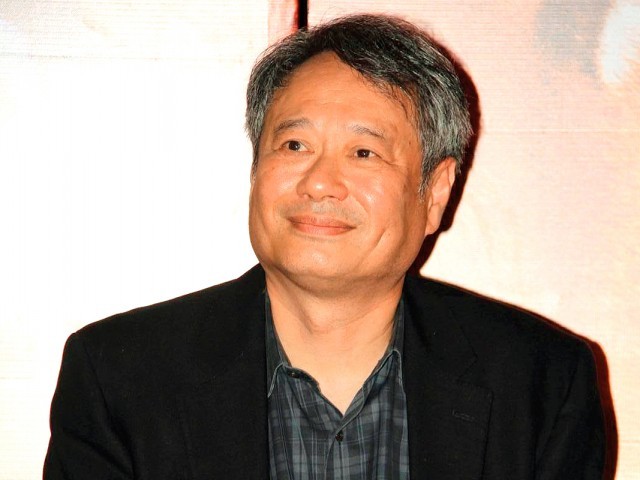 Creativity in motion — The team of Life of Pi talks about the making of the film.

The film’s journey began in 2001, with Yann Martel’s beloved book “Life of Pi,” one of the most popular books  of the past decade.  The novel won the prestigious Man Booker Prize, and was a New York Times bestseller for over a year.

The story is about a boy who survives a disaster at sea and is hurtled into an epic journey of adventure and discovery. While cast away, he forms a magical and an unexpected bond with another survivor — a fearsome Bengal tiger.

Four years ago, Ang Lee — Taiwanese-born American director and also the first Asian to win the Oscar for Best Director — came aboard the project. “Ang Lee makes emotionally powerful movies; his projects run the gamut from the small and the intimate to the spectacular.  From Sense and Sensibility to Brokeback Mountain to Ice Storm to Crouching Tiger, Hidden Dragon — his work is incredibly varied,” says Martel.

Martel also says he chose Lee to direct this film because it’s difficult “to be creative cinematically and retain the emotional core is extraordinarily complicated.”

Lee has worked extensively to create a singular vision of Martel’s unforgettable tale of courage, perseverance, inspiration and hope.  In telling Pi’s story, Lee wanted to use the latest cutting-edge motion picture technologies.  Life of Pi is a combination of science and filmmaking leaping forward, using computer graphics and three-dimensional technology to top the experience of watching movies like Titanic, Avatar, or Rise of the Planet of the Apes.

“I wanted the experience of the film to be as unique as Yann Martel’s book,” says Lee. “3D is a new cinematic language I wanted to create the movie in. Life of Pi is as much about immersing audiences in the characters’ emotional space as it is about the epic scale and adventure.”

Since Martel’s novel first needed to be analysed for a film, before Lee could start direction, American screenwriter David Magee was contacted. In 2004, he was nominated for an Academy Award and a Golden Globe for his adaptation of Finding Neverland. Magee was perfect for the challenging task of adapting Martel’s rich imaginary work of epic adventure into a screenplay. “In the book, Pi is telling a story to the character of the writer [just as Lee is telling us a story with his film],” says Magee.  He knew it was crucial to simplify telling a story about a story.

As with the director and screenwriter, Life of Pi also required extraordinary performances from its cast members to show the heightened emotional connections. After having seen 3,000 auditions in their talent search throughout India, Lee, along with his casting director Avy Kaufman and her team, selected a 17-year-old student Suraj Sharma to play Pi Patel.  Suraj resides in Delhi with his parents who are mathematicians and ironically, their son in his first film role is named Pi — a mathematical constant and transcendental number.

“I was really nervous, especially during the final audition,” he recalls.  “I was actually shaking. I talked to Lee for a few minutes; something about him makes you calm. We did the scene but I wasn’t really happy with what I did because I was still a bit nervous.”

To match Pi’s physical transformation, Suraj had to gain weight and then lose most of it. Following a rigid diet plan and physical training, he was transformed from first being thin (150 pounds) to a muscular 167 pounds. However, during the shooting of the film, the directorial team required him to reduce his weight close to 130 pounds, to embody Pi’s struggles.

Much of the production was filmed in the world’s largest self-generating wave tank ever designed and built for a motion picture. Located in Taichung, Taiwan, on the site of a former airport, the tank measured 70 meters long, 30 meters wide and 4 meters deep, with a capacity of 1.7 million gallons, and allowed the filmmakers to generate a range of water textures.

“The tank began to feel like my home,” says Suraj, who spent much of his time in it during production.  “As you will see in the film, the ocean has its own moods,” he explains. “It can feel like a monster, or it can be a mirror. The ocean is a beautiful thing — It’s both a killer and a saviour.”

The cast also includes Irfan Khan, Tabu, Rafe Spall and Gerard Depardieu.  Life of Pi was filmed primarily on locations in India and Taiwan and is all set to release worldwide and in Pakistan on November 30.