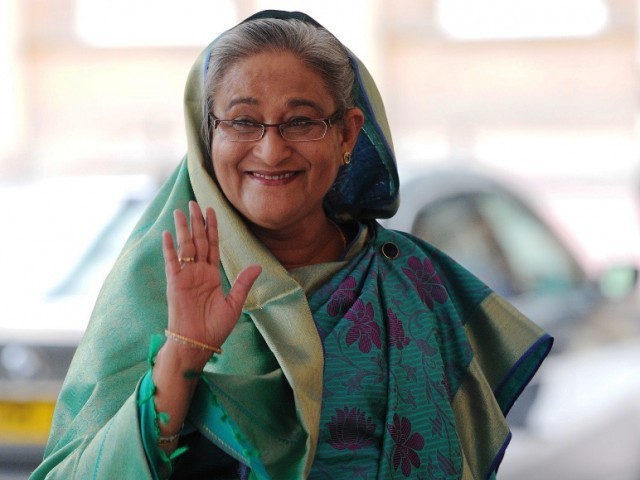 Bangladesh premier and foreign minister handed over a list of demands to Foreign Minister Khar during her visit. PHOTO: AFP/FILE

Bangladesh’s Prime Minister Sheikh Haseena Wajid has informed the Pakistan government of her non-participation in a key summit on developing countries to be held in Islamabad later this month.

Earlier reports suggested that the Bangladesh would be represented at the conference by Foreign Minister Dipu Moni, however, sources said her attendance also seems unlikely now. According to foreign ministry officials, Bangladesh Foreign Secretary Mohamed Mijarul Quayes, or one of the advisers to the Bangladeshi premier, will now represent Bangladesh in the summit.

Sources told The Express Tribune that the Bangladesh premier and foreign minister handed over a list of demands to Foreign Minister Hina Rabbani Khar during her visit. The demands included putting on trial former military and political personalities allegedly involved in the military action. Furthermore, Bangladesh sought an official apology from Pakistan for actions during the 1971 war.

Pakistan has said it has regretted the incidents in different forms in the past and that “it was time to move forward.”

The D-8 Summit is scheduled to be held on November 22 in Islamabad.

Correction: An earlier version of this article had incorrectly stated “his” instead of “her” when referring to Dipu Moni. The correction has been made.