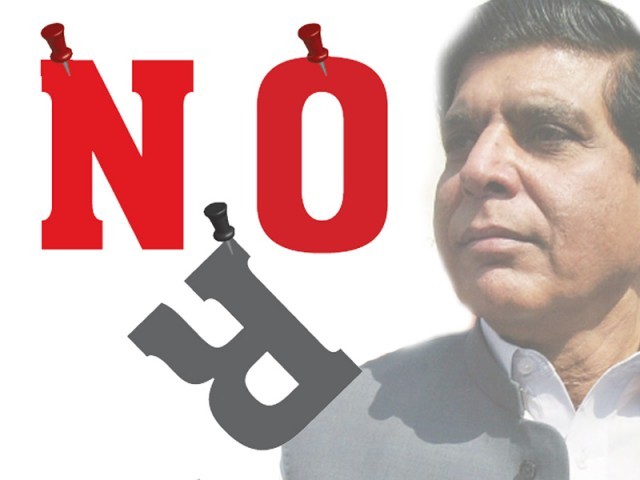 Heading the hearing today, Justice Anwar Zaheer Jamali, who penned down the order, said that the government complied with the court’s directives of writing a letter to the Swiss authorities for reopening graft cases against President Asif Ali Zardari.

The contempt issue was disposed of by the court.

Law Minister Farooq H Naek appeared before the court and presented the receipt validating that the Swiss authorities have received the letter from Pakistan’s Ambassador in Switzerland.

Along with the receipt, Naek also presented Ashraf’s approval and law ministry’s summary regarding the letter.

Speaking on the premises of the Supreme Court, Naek said that Pakistan’s envoy in Switzerland sent his representative to Swiss authorities, who received the letter and issued him a receipt.

“The court has disposed of the contempt of court notice against Prime Minister Ashraf and said that the government has complied with directions given by the Supreme Court in paragraph 178 of its judgment dated December 16, 2009 in the case of Dr Mobashir Hasan,” said Naek.

The law minister said, “We do not want any confrontation within institutions… We want all institutions to play while being in their crease.”

Naek said that the envoy had forwarded all the documents which were presented before the court today, after which the court decided to conclude this aspect of the case and withdraw its contempt of court notice against Ashraf.

He said, “Whenever the court issues orders, we comply with it. We want democracy to thrive in this country and don’t want it to derail.”

Correction: An earlier version of the story incorrectly stated that the NRO implementation case has been disposed of, while only the contempt notice has been retracted. The error has been rectified.