The air raids hit an uninha­bited area to the west of Gaza City, withou­t causin­g any casual­ties.
By AFP
Published: November 13, 2012
Tweet Email 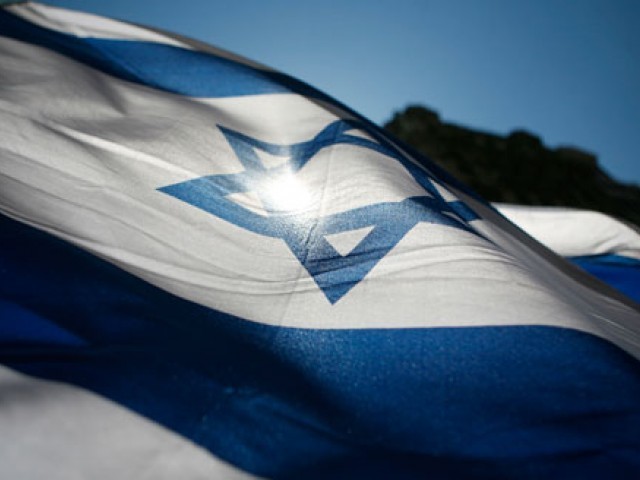 The air raids hit an uninhabited area to the west of Gaza City, without causing any casualties. PHOTO: REUTERS/ FILE

JERUSALEM: The Israeli airforce launched three raids on targets in the Gaza Strip early Tuesday as military top brass weighed a stronger response to rocket fire from the Palestinian territory.

The air raids hit an uninhabited area to the west of Gaza City, without causing any casualties, Palestinian security sources and witnesses said.

The Israeli targets included a training camp of the Ezzedine al-Qassam Brigade, the military wing of the Palestinian Islamic movement Hamas, the sources said.

The air raids came hours after Gaza militants on Monday fired six rockets at southern Israel, one of which exploded next to a house.

The number of rockets fired on Monday represented a significant drop from a day earlier, when dozens of missiles crashed into southern Israel, prompting Israel to stage a series of overnight raids.

But it was unclear if the slowdown was a step towards a more decisive truce, or a lull.

Palestinian militants began launching rockets into Israel from around 7:30 am on Monday.

An initial count of 11 rockets was later revised down to six by the military, with the same number confirmed by the police. Two of them were intercepted by the Iron Dome anti-missile system.

One rocket landed in Netivot where medics said they treated 26 people for shock.

The latest flare-up began on Saturday night and has claimed the lives of six Palestinians, as armed groups fired scores of rockets at Israel, wounding eight.

Israel’s top military officials were said to be weighing whether to launch a stronger response to the flare-up, and Defence Minister Ehud Barak warned that efforts to stamp out rocket fire would intensify.

“These are very important days… in light of the ongoing activity against Hamas and terror organisations in Gaza, which is likely to intensify and expand,” he said, quoted by his office.

Prime Minister Benjamin Netanyahu, touring southern Israel with foreign diplomats, warned that “the world must understand that Israel has the complete right and the obligation to protect its citizens.”

“We shall not sit with our arms folded in the face of repeated, almost daily, attacks on our citizens,” he added. “We shall act to stop it.”

US ambassador Dan Shapiro, writing on Facebook, said “the United States supports Israel’s right to defend itself and its citizens from these attacks.”

Egyptian security sources said Cairo was attempting to broker a ceasefire, with militants from the ruling Hamas movement and from Islamic Jihad saying they would observe any truce “provided Israel commits to doing the same.”

The violence, which comes amid an Israeli election campaign, raised the spectre of a broader Israeli military campaign similar to its 22-day Operation Cast Lead, launched in December 2008.

That campaign claimed the lives of 1,400 Palestinians – half of them civilians – and 13 Israelis, 10 of them soldiers.