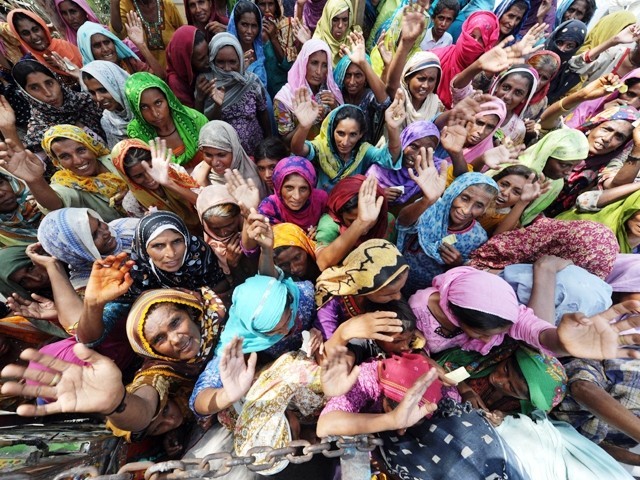 High-level flood continues to pass through Kotri Barrage, although the amount of water has reduced.

According to the Irrigation Department the current inflow of water at Kotri Barrage is 718,000 cusecs while the outflow is 707,000 cusecs.

A flood wave after inundating Tehsil Jati, is now heading towards the sea after passing Chohar Jamali.

Water-level has receded at Minarki dyke in District Thatta.

Chohar Jamali’s towns of Ladiyown and Chahcha Jan Khan are in danger of flooding and people have started migrating from the area.

However, most of the victims will be celebrating Eid at flood relief camps.

There are a growing number of complaints over the shortage of food and medicines at the camps and the flood survivors have appealed to the government to provide them with the required facilities.

Flood victims have also complained of not receiving any compensation from the government for the reconstruction of their homes which have either been damaged or destroyed.