Reforming the law: In Pakistan, punishment is Islamic, but not the procedure

Reforming the law: In Pakistan, punishment is Islamic, but not the procedure

A number of Muslim majori­ty countr­ies have abolis­hed the death penalt­y; can we begin the debate in Pakist­an?
By Our Correspondent
Published: November 12, 2012
Tweet Email 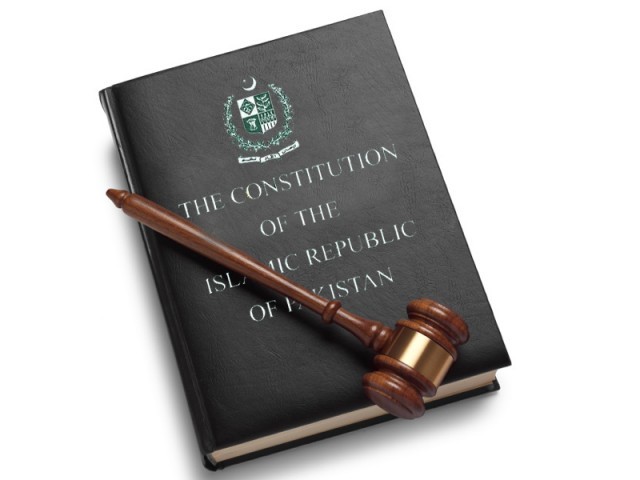 A number of Muslim majority countries have abolished the death penalty; can we begin the debate in Pakistan?

Around 100 countries with varying legal traditions have abolished the death penalty, including a number of Muslim majority countries like Turkey, Albania and Djibouti according to the Amnesty International. The case of death penalty in Pakistan, however, is trickier.

“Over here, the punishment for murder is Islamic but the procedure for investigating such cases is not,” says Barrister Umar Mahmood Khan, who practices criminal law in Punjab’s court. The burden of proof is extremely high, but the investigation is so faulty that the conditions for a fair trial as required by the Islamic law are never met here, says Khan. Money is frequently used to influence investigation, which is structurally testimonial-centric, so there is not much left for the lawyers to defend.

So far, Khan says, he has not seen the trickle down effect of government attempt, if any, that could help the marginalised in death penalty cases. Despite setting up of a forensic lab for advanced investigation techniques, no definite change in cases like murder and rape are seen yet, he adds.

Under Islamic law, the punishment for murder, homicide or infliction of injury can either be in the form of qisas – equal punishment for the crime committed – or diyat – compensation payable to the victims or their legal heirs. Under the Qisas and Diyat law in Pakistan, the victim or his heir have the right to determine whether to exact retribution (qisas) or compensation (diyat) or to pardon the accused.

The ordinance came under the spotlight in the Raymond Davis case when the CIA contractor, accused of killing two Pakistanis in Lahore, was allowed to leave Pakistan after paying compensation to the victims’ heirs.

Given how diyat reduces rescue from gallows to money, Barrister Zafrullah asks, “Is Islam the religion for rich only?”

The Qisas and Diyat ordinance is “privatisation of justice” and absolves the state of protecting its citizens, says the Human Rights Commission of Pakistan’s 2006 report on death penalty, “Slow March to Gallows.”

Arthur Wilson, executive director at Prison Fellowship Pakistan, has been mediating for forgiveness of condemned prisoners for over two decades. Wilson says as a Christian he does not believe in blood money, but as an activist he needs to make best use of what the system offers him.

“A lot of families of deceased when approached, would like to take the blood money and forgive the accused, if it were not for those who have stakes in wrongful conviction of the accused.”

In Pakistan, people’s idea of justice regarding the death penalty is based on religion and there is a need for starting a debate on Islamic law; therefore, the debate on emphasis that Islamic Law puts on a state to provide justice needs to be conducted openly, says Sarah Belal.

Asad Jamal, a senior lawyer, argues that there is a need for policy to regulate the Qisas and Diyat law, and quotes from a paper written by William Schabas, a professor or Islamic Law at University of Montreal, in 2000.

“Schabas writes that though all Islamic countries have ‘demonstrated some degree of flexibility in the interpretation of Islamic law in some of the areas of criminal law, yet they stubbornly refuse to acknowledge that the same approach may be undertaken with respect to the death penalty.  It appears that religion is little more than a pretext to justify a resort to harsh penalties that is driven by backward and repressive attitudes in the area of criminal law,” Jamal says.

Path to the gallows is strewn with orders and appeals

Capital punishment is prescribed as the maximum punishment for over 20 different crimes in Pakistan, including various forms of intentional murder, treason, blasphemy, kidnapping or abduction, rape, procuration and importation for prostitution, assault on modesty of woman and stripping of her clothes, drug smuggling, arms trading, and sabotage of the railway system.

An accused becomes a condemned prisoner after an additional district and sessions judge condemns him to death. Prisoners, however, cannot be executed unless a High Court confirms the death penalty. Even if the prisoner does not appeal his penalty, jail authorities automatically take the case to a High Court. If the High Court upholds the death penalty, the additional district and sessions judge issues a black warrant which bears the date of the execution. After that, the prisoner can appeal to the Supreme Court (SC). If the SC does not issue a stay order before the day of execution, the prisoner will be hanged. And if the SC upholds the penalty, the prisoner, through jail authorities, can send a mercy appeal to the president as last resort.

Under article 45 of the Constitution, the president has the “power to grant pardon, reprieve and respite, and to remit, suspend or commute any sentence passed by any court, tribunal or other authority,” if there is a mercy petition before him.

A prisoner is on the death row after all his appeals have been rejected.

Legislating against the death penalty: Can the PPP do away with capital punishment?