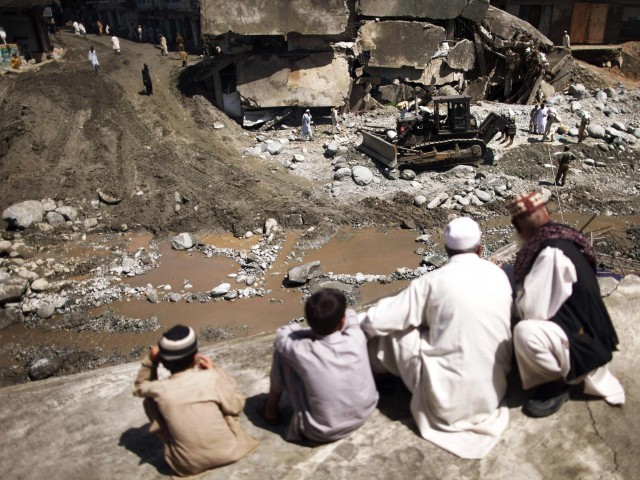 “Unfortunately the flooding in Pakistan is probably going to delay any operations by the Pakistani army in North Waziristan for some period of time,” US Defence Secretary Robert Gates said in Afghanistan where he is visiting US troops.

“But I think the solution here is Isaf, Afghan, Pakistani cooperation to take care of these targets,” he said.

Aside from its struggles against homegrown Taliban, Pakistan is under intense American pressure to tackle Afghan Taliban fighters who cross the border to attack US-led Nato troops.

Pakistan has said it will decide to carry out an assault in North Waziristan, where Washington says anti-American militants enjoy safe havens, at the time it considers appropriate.

Gates also said that militants operating out of safe havens in Pakistan remain a major threat to Afghanistan but cooperation between Nato-led forces and the Pakistani military is increasing.

He said he and Karzai agreed on the need for stepped up cooperation between the Nato-led International Security Assistance Force (Isaf) and the Pakistani military to “get rid of” insurgent sanctuaries.

“Cooperation between the two is increasing and everybody understands that the sanctuaries on the other side of the border are a big problem,” Gates told reporters.

However, Gates said the likelihood of direct US military engagement in Pakistan was “very low”.