The Holy Grail: FMCGs have discovered ways to communicate with women

The Holy Grail: FMCGs have discovered ways to communicate with women 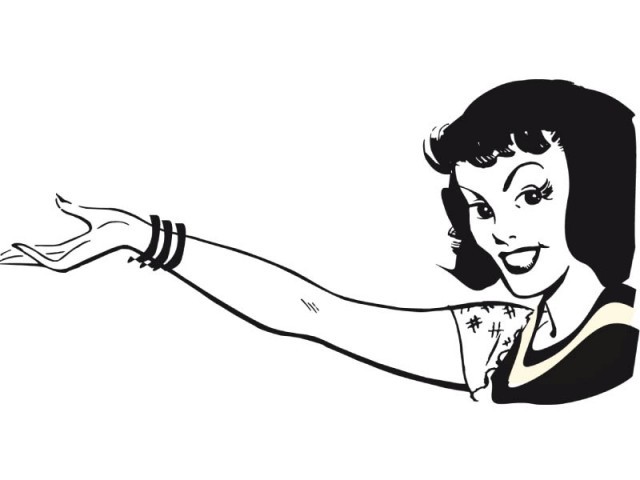 With more women participating in the country’s work force, fast moving consumer goods companies (FMCGs) seem to have found a new market for products that they once considered ‘a small category’.

Take for example feminine hygiene products – referred to as ‘quiet products’ in the advertising world. According to industry sources, it used to be a very small category – however, this does not seem to be the case anymore especially when one looks at ongoing ad campaigns marketing such products.

These products are portrayed more openly in television ads today than a few years ago – one can also notice gigantic billboards on main thoroughfares of city displaying these products.

The increase in ad campaigns of ‘quiet products’ has helped FMCGs increase their revenues manifold in the respective category; according to Saad Hashmi, Senior Accounts Manager, Client Services and Business Development at Orient Advertising.

Some ten years ago, Hashmi said, women from elite and upper-income classes were the main customers of feminine hygiene products but now, even urban middle class women are buying it.

Explaining, Hashmi said, over the past few years the participation of the middle-class women in education and labour rose significantly thus increasing their awareness and income respectively. They are more adaptive to such products for they have that additional income to do so; he said.

Hashmi, who has worked with FMCGs on advertising such products, further said that heavy marketing of these products created awareness about brands, which increased demand of branded products. Some ten years ago, he said, there was no concept of branded products due to lack of awareness; women mostly used standard napkins or plain old cotton for personal hygiene. Giving an example of a famous brand that is currently advertising its product on TV, he said, the company carried out an awareness campaign on the sidelines of their ad campaign.

The influx of Indian channels and the boom in local entertainment industry during the last decade, according to Hashmi, have also helped advertisers in marketing such products more openly. Over a decade ago, electronic media was controlled by state-owned television channel PTV, he said, but presently a number of private channels have flourished, airing programmes – singing and dancing competitions for example – once censored. As a result, people’s level of acceptance for language, sex, nudity and violence has increased.

While advertising sources believe that media is more open for such ads, a source from a leading FMCG company was quick to defend their ad campaign.

“Our ads are still very decent,” the source said. Thorough research is conducted prior to the ad campaign to make sure they are in accord with the norms of our society, he said, adding that a comparison of Pakistani ads with that of the United States or even India will prove that. Additionally, they are aired during hours that have peak female viewership – morning shows for example – he also said.

The source, however, acknowledged that their sales for feminine hygiene products have increased, linking it to various factors.

Today’s consumers, the source said, have developed more sophisticated shopping habits because they have got more money. Raw fabric or cotton, the alternate option, has little to no cost while branded products have a cost; the source said – an indication that these women are willing to spend on quality. These products, the source said, are a convenience for working women and even come in small sachets that are affordable by the low income sectors.

The source, however, did not rule out the media’s role as far as awareness is concerned. Media has helped increase awareness about feminine hygiene products, he said. It, therefore, amplified demand for such products.

Unlike both FMCGs and advertising agencies, the working women, The Express Tribune spoke to, disagreed if their choices were affected by ad campaigns. According to these women – one of whom does not even have a TV at home – they are not bothered about ads as long as their trusted brand does not compromise on quality. These women, however, agreed that it is their own or family’s income, which made it easy for them to choose between cheap raw fabric and costly feminine hygiene products.

“In the past, I would spend on necessities only,” said one woman, adding, “but now I have to maintain my personality because I work so I spend on luxuries as well. I have become more brand-conscious.”

The glass wall: How effective is microfinance outreach to women borrowers?