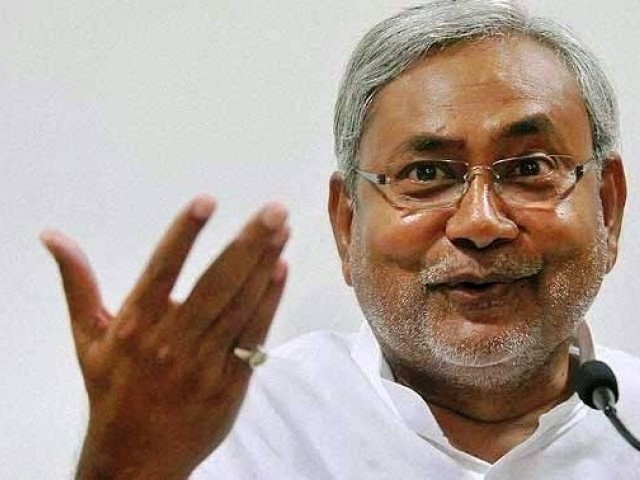 KARACHI: While paying respect at Quaid’s mausoleum in Karachi, Chief Minister of Indian province Bihar, Nitish Kumar said on Saturday that his longstanding wish of visiting the mausoleum was fulfilled, Express News reported.

Speaking to the media, the Indian minister said that India and Pakistan share many common values and that if exchange of dialogue is persistent, then it might improve ties between the two countries.

Shah said that the Sindh government had tried developing relations between India and Pakistan on provincial level.

Earlier on Friday, Deputy Chief Minister of Indian Punjab Sukhbir Singh Badal, during his visit to Lahore had said that the “people of Lahore are more hospitable than what he had heard about them.”

Correction: An earlier version of the story incorrectly spelled ‘Nitish’ as ‘Nitesh’. The error has been rectified.