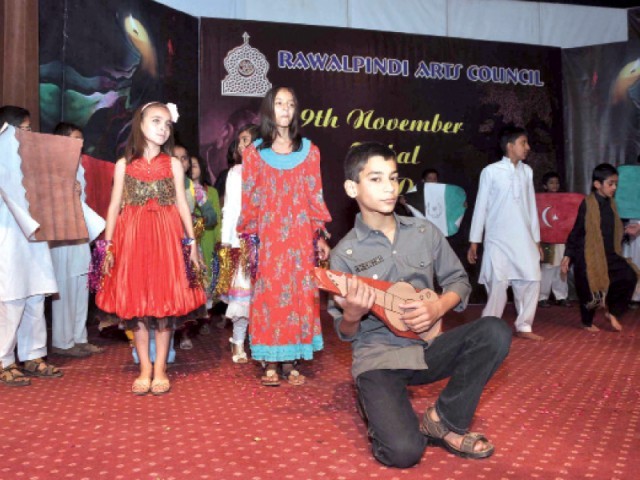 Children perform a tableau at the RAC on Friday. PHOTO: THE EXPRESS TRIBUNE

Participants at a seminar on Friday stressed on the need to uphold parliament as the supreme legislating authority in line with Allama Iqbal’s philosophy.

“Iqbal was in favour of parliamentary reform,” he said. Replying to a question about the role of voters, he said Iqbal thought basic understanding of the underlying social and political system is essential for making the right choice.

Iqbal emphasised ijtihad (resolution of issues in the light of Islamic laws by scholars) to find solutions to issues faced by the Muslim world, only taqlid (imitation) cannot serve the purpose, he concluded.

Dr Khalid Masud said, “[We should not] stop the youth from questioning social taboos for fear of blasphemy or endangering the unity of the ummah as it is high time we let them express themselves.”

The event was held by the Islamic Research Institute and Iqbal International Institute for Research and Dialogue to commemorate Iqbal Day.

A speech and tableau competition was organised at the Rawalpindi Arts Council to observe Iqbal’s birth anniversary.