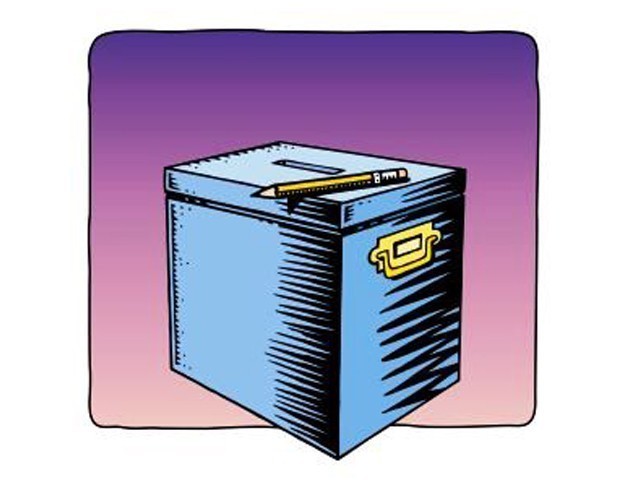 The Election Commission  of Pakistan (ECP) has forwarded to the government a proposed draft of legislation that would allow over 3 million overseas Pakistanis to vote through postal ballot.

Election Commission Additional Secretary Muhammad Afzal Khan told reporters on Monday that the proposal for postal ballots appeared to be the only viable option for the moment. The Supreme Court had recently directed the ECP to work out a way to register overseas Pakistanis’ vote for the next general elections.

“There are 3.7 million overseas Pakistanis holding National Identity Cards for Overseas Pakistani (NICOPs). They had been given right to vote and their names are there on the electoral rolls,” Khan said, adding that over 10 meetings were held in the past two years to decide a mechanism for voting by expatriate Pakistanis.

Khan said that parliamentary legislation would be required to give the proposal practical shape, hence a draft to this effect had been forwarded to the federal ministry of law and justice.

Furthermore, a senior ECP official said it was the job of the election commission to supervise the election process and not of any other institution.

The official, however, said that the services of the army, rangers and police could be requested to maintain law and order at sensitive stations if required.

The official said the judicial policy making committee headed by Chief Justice Iftikhar Muhammad Chaudhry had been requested to allow the appointment of session judges as returning officers for the forthcoming elections, adding that the commission was ready to furnish any clarifications sought by the Supreme Court on this matter.

He went on to add that legal action would be taken against all candidates who displayed arms during elections, quoting Chief Election Commissioner Justice (retd) Fakhruddin G Ebrahim as saying that display of arms by contesting candidates would entail serious consequences.

Khan said the election tribunals would start a day-to-day hearing of all election disputes soon after the elections, and no disputes would be allowed to linger.

The voter education plan, aimed at increasing voter turnout in the upcoming general elections to an all time high of 88 percent, was also unveiled on the occasion. The components of the plan included district-centred national voter outreach supported by the provincial governments, participation of federal ministries and departments, private sector engagement, institutional strengthening of the Election Commission, including training and capacity- building, media campaigns and development of voter education development.