There is no doubt that no one would dare to grill the former army chief or DG ISI like common crimin­als.
By Ayesha Siddiqa
Published: November 6, 2012
Tweet Email 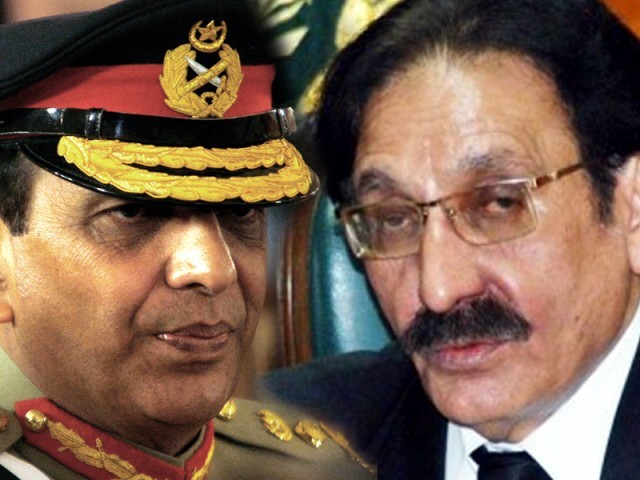 The superior judiciary is sufficiently pragmatic not to challenge the army chief the manner in which it was all prepared to sack an elected provincial government in Quetta.

People are trying to read into General Ashfaq Parvez Kayani’s statement to his men about institutions minding their lines and not stepping over them, or defaming the military. Was this a warning to the Supreme Court in wake of the Asghar Khan and Balochistan missing persons’ cases, or is he warning of a mood change regarding democracy?

Perhaps, the statement is neither of the above but just an effort to appease his own officers who might view the decision in the Asghar Khan case or general negative publicity of senior retired officers as the existing high command compromising the organisation’s credibility. Although there is no doubt that no one would dare grill the former army chief or DG ISI like common criminals, the Asghar Khan case may have an impact on the morale of the ordinary officer and jawan who is not used to the army being seriously taken to task. He is certainly in need to show to his own men that he is in control of the situation and will protect the institution given the rumours regarding his possible extension and allegations of financial mismanagement of his own family members. The general understands that an impression that he would compromise on the power of the institution may not go down too well with the ‘boys’ who have grown big egos and consider their institution like Caesar’s wife – above questioning.

While the superior judiciary can claim until cows come home that they have put a check on army’s adventurism through judicial activism in various cases, the fact is that nothing serious has happened in terms of real questioning of GHQ’s power. The superior judiciary is sufficiently pragmatic not to challenge the army chief the manner in which it was all prepared to sack an inefficient but elected provincial government in Quetta. Even if the judges don’t agree, an alleged corruption case in the Chief Justice’s family does deprive the highest court of its real bite.

The army chief would probably be even less worried about real accountability of retired officers by other agencies as the premier accountability institution is brimming with retired military officers some of whom are either hardcore realists not intending to rock any boat or are too close to Kayani. In fact, had the three generals accused in the Railway corruption scandal not blown their top in front of cameras, the act of civilian government summoning senior retired generals would have made great PR for both the military and the civilian government. In any case, the general went out of his way to restore service of three former generals in the NLC case to save them the embarrassment of being tried for corruption by civilians. It was a few years ago that a senior retired general heading Fauji Foundation had refused to appear before the parliament. The mentality persists.

There is little likelihood of the PPP government led by a prime minister from Kayani’s own area and a super-pragmatic President Asif Zardari would start intense accountability of former generals, leave alone sitting commanders and their institution.

However, Kayani would still want to remind his boys and the civilian onlookers that they should not go beyond a point in wanting accountability or pointing a finger at the military fraternity that includes retired officers. The general used the typical tool of reminding people of upholding of military’s honour in tough times in the national interest. He may be still lucky as there is grim possibility of someone reminding him that real national interest lies in clean institutions including the military.