Judge will write to collea­gue in Peshaw­ar to direct the DCO to freeze Ruhall­ah’s proper­ty.
By Our Correspondent
Published: November 6, 2012
Tweet Email 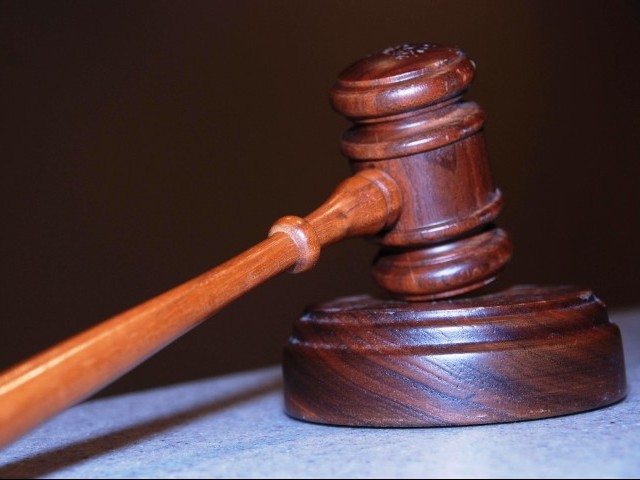 Ruhallah was being tried for the former advocate general’s murder along with three other prisoners. PHOTO: FILE

The Rawalpindi police on Monday moved a local court to freeze the property of an on-the-run suspect charged with the murder of former attorney general Sardar Khan.

Ganj Mandi Police Station House Officer Asghar Goraya on Monday submitted the application with District and Sessions Judge (DSJ) Maroof Ali. The suspect was declared a proclaimed offender by a trial court after he escaped from police custody in July while he was admitted in District Headquarter (DHQ) Hospital.

To initiate the process, Justice Ali will write to his colleague in Peshawar to direct the district coordination officer to freeze Ruhallah’s property. After the confiscation, the Peshawar DSJ will send a report to the Rawalpindi court.

According to the list submitted by the Rawalpindi police with the court, Ruhullah owns 129 kanals in Nishtarabad, 18 kanals in Shahukhel, a nine-marla plot in Gulbahar IV, a banglow in Hayatabad, an arms shop on GT Road and an arms factory on Kohat Road in Peshawar.

Ruhallah was being tried for the former advocate general’s murder along with three other prisoners. His escape from custody raised multiple questions over the security of prisoners in public hospitals.

Two constables of the Islamabad police accused of being negligent on duty while guarding him in DHQ Hospital have already obtained post-arrest bail. Ruhullah was hospitalised for a liver problem that officials later said could have been treated in Adiala jail, where he was being held.

He was caught from Dubai last May 2011 on the Supreme Court’s directive after he was charged with murdering Sardar Khan, who was gunned down in 2010 in Islamabad. Rawalpindi police initially believed that the escaped prisoner had flown to Dubai but during investigation they learnt he had escaped to Afghanistan.