Attorn­ey genera­l says if the letter has to be writte­n, it will be done in accord­ance with the law and Consti­tution.
By Web Desk
Published: November 5, 2012
Tweet Email 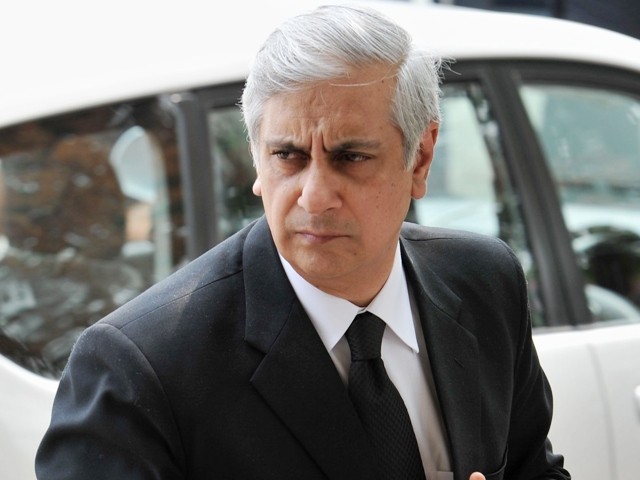 Attorney general says if the letter has to be written, it will be done in accordance with the law and Constitution. PHOTO: AFP/FILE

Attorney General of Pakistan Irfan Qadir said that he has not yet received any directions to write the letter to Swiss authorities for reopening graft cases against President Asif Ali Zardari, reported Express News.

The attorney general while speaking to the media outside the Supreme Court on Monday, said that no one can direct him to write the letter, and if it has to be written, it will be done in accordance with the law and the Constitution.

He added that the government has the right to seek advice regarding the letter.

In September, after months of sparring, the executive and the judiciary deadlock saw a breakthrough when Prime Minister Raja Pervaiz Ashraf agreed to write the letter, and assigned the task to Law Minister Farooq H Naek.

The apex court gave a four-week deadline to the government on October 10 this year for dispatching a letter to revive the Swiss cases.