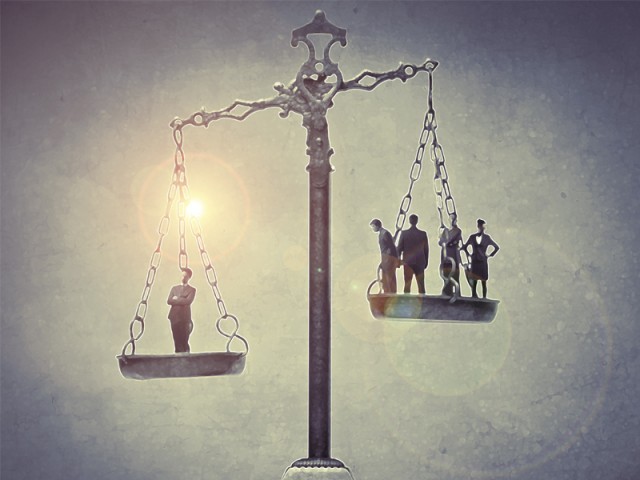 The company is currently in the process of trying to find a distributor for the British market, where a large Pakistani expatriate population would form a natural investor base. DESIGN: ESSA MALIK

One of the best performing mutual funds that invests in Pakistani stocks is based in Sweden.

The Tundra Pakistanfond, run by Stockholm-based asset management company Tundra Fonder, was launched in October 2011, within one month of the firm’s founding, and currently has the equivalent of over $40 million in assets under management, belonging to nearly 20,000 Swedish individual investors. Uniquely for European asset managers, Tundra’s Pakistan fund constitutes roughly 80% of the company’s total assets under management, tying its fortunes very closely to the Pakistani economy, or at least European investor interest in it.

But perhaps what is interesting is the fact that the fund is one of the best-performing funds that invests in Pakistan, returning approximately 21.3% in Swedish krone over the past year (about 20.2% in US dollars). That performance handily beats the MSCI Pakistan index, which rose by about 13.1% in US dollar terms during that period. The KSE-100 Index has yielded a 20.7% return in US dollars during that period.

Yet that is not Tundra’s only impressive feat. According to data provided by the Mutual Funds Association of Pakistan, Tundra’s performance, when taking into account the impact of the rupee’s depreciation, would beat all but five of the equity funds managed by firms based in Karachi, placing the Tundra Pakistanfond comfortably in the top one-third of all funds that invest in the Pakistani equity markets.

So how does Tundra do it? Its founder and CEO, Mattias Martinsson, appears to have had substantial experience in investing in emerging and frontier markets. Martinsson, 39, began his career in 1996 at a company called Hagströmer & Qviberg which specialised in offering Russian stocks to Swedish investors. That interest in Russia continues to this day, with Tundra’s only other country-specific fund being a Russia-focused fund.

Martinsson appears to have a strong understanding of the Pakistani economy, better than even some of his counterparts in Karachi. The fund, for example, invests over 20% of its portfolio in food and agribusiness stocks, well above their representation in the KSE-100 index. He also invests in companies that other asset managers might scoff at: National Foods, for example, is one of the fund’s top 10 holdings and the fund made a 71% return in October alone on its position in Shezan Foods.

“We believe Pakistan has a strong natural advantage within the food and agribusiness sector. We also believe consumption patterns in Pakistan will change as GDP per capita is growing,” said Martinsson. “If the liquidity was better, we would have an even greater share in these companies.”

This remarkable understanding of the Pakistani market appears to come from a long-abiding interest in the country on the part of Martinsson.

“I came across Pakistan in 2005. At that time I, as most other people today, I had a lot of prejudice. I thought that Pakistan was an underdeveloped equity market, ruled by a military dictator. What I found was something very much different: IFRS [accounting standards], good corporate governance (for emerging markets), good disclosure and a well functioning equity market. In 2007, I attended a frontier markets conference in Singapore and met with ten or so Pakistani companies. Comparing them to the other attendees, I concluded that they were so far ahead, not only compared to their peers in frontier markets but also many emerging markets. I then visited Karachi, Lahore, and Islamabad in early 2008 and came back excited looking for a fund to invest in. There was none. Since then it has been a dream to launch a Pakistan fund.”

While it is not the only European mutual investing exclusively in Pakistan, it appears to be the largest. And given its compliance with UCITS IV European regulations, it is eligible to be marketed throughout the European Union. The company is currently in the process of trying to find a distributor for the British market, where a large Pakistani expatriate population would form a natural investor base.

Given Tundra’s astute investment decisions so far, European investors would be wise to keep an eye on its Pakistan fund.