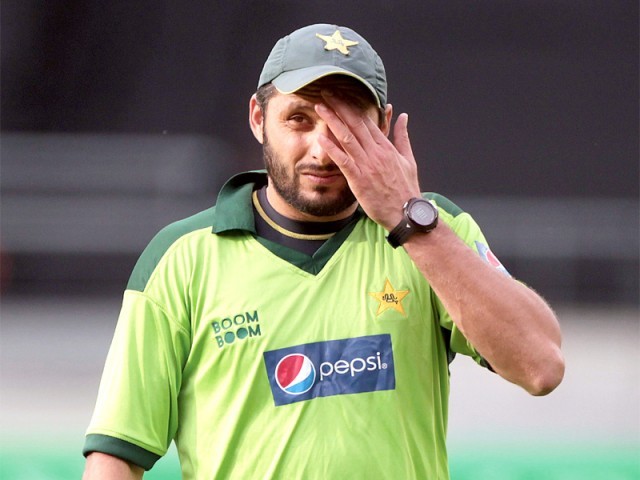 The Federal Board of Revenue (FBR) said it had issued notices to Afridi, Younis, Umar Akmal and Abdul Razzaq for evading taxes of 80 million rupees ($825,000), ordering them to pay up within two weeks. “Notices have been served to four players — Afridi, Younis, Razzaq and Umar — as they have not given taxes on their match fees, annual contracts and endorsement fees and they are asked to reply within the stipulated time,” said an FBR spokesman.

Test captain Misbahul Haq, Twenty20 captain Mohammad Hafeez, Azhar Ali, Taufeeq Umar, Umar Akmal and Wahab Riaz were all warned over tax evasion in June this year, the spokesman said, but refused to give further details. Pakistan’s tax revenues are among the lowest in the world at just 9.8 percent of GDP in fiscal year 2010-2011, according to the Asian Development Bank, and less than two percent of the population pays tax on their income.

By Pakistani standards, top cricketers earn handsome sums in annual central contracts, endorsements and match fees, with Afridi topping the list. Younis, Afridi and Umar are all in category ‘A’ of the Pakistan Cricket Board’s central contracts, earning 313,000 rupees ($3,200) in monthly salaries. Top Pakistan players also get match fees of $4,000, Test fees of $3,800 for a one-day and $2,900 for a Twenty20 international.