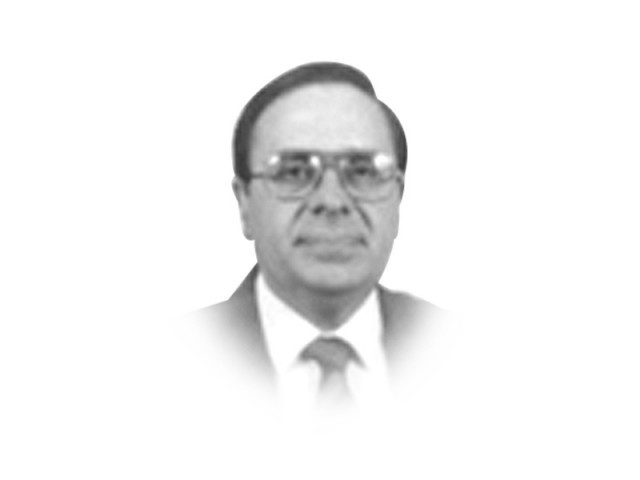 In Pakistan, we have witnessed the complete failure of democracy, so much so that many now doubt if the country can survive if the present governance system continues for another few years. The national debt has more than doubled during a short period of five years, bringing the country to its knees. The inflow of foreign funds from expatriates settled abroad has barely saved us from bankruptcy. The corruption, however, continues at an unprecedented rate and national institutions are crumbling before our very eyes.

Some argue that the reason democracy has failed in Pakistan is that it was not given a chance to evolve and flourish due to interventions of military rule. There could be nothing farther from the truth. Military interventions were forced by the rampant corruption and misgovernance that brought the country to the brink of disaster each time. Take the case of the energy sector, for example. Pakistan has ample sources of energy, rivers flowing across the country, one of the largest coal deposits in the world and wind zones in the Gharo, Katti Bander, the Hyderabad triangles in Sindh and the coastal areas of Balochistan that have the potential of producing 50,000 MW of electricity.

As a result of sensible energy policies in the 1960s and 1970s, we invested in hydroelectric power. Construction of the Mangla Dam, an earth-filled dam on the Jhelum river, started in 1962 and was completed in 1967. It has a capacity of producing 1,000 MW of electricity. Construction of the Tarbela Dam started in 1968 and was completed in 1976. It is the largest earth and rock filled dam in the world, located on the Indus River about 50 miles northwest of Islamabad. It has a capacity of 3,478 MW of electricity and a water storage capacity of about 11 million acre feet (MAF). This had a tremendous impact at the time on boosting the agricultural and industrial output of Pakistan. With the construction of these two dams, affordable electricity was made available and in 1984, the energy mix was about 60 per cent hydel and 40 per cent thermal. In 1980, the electricity production capacity had reached 3,000 MW. We should have continued on this path and gradually replaced imported oil-based thermal plants by our own indigenous coal-based power plants. That is, alas, when corrupt leaders who came into power plundered the country — they decided to opt for imported oil as the main source of power for Pakistan. Experts have confided that the World Bank played a very negative role by exerting pressure on the government, presumably driven by ‘foreign masters’, to go for imported oil- based plants. The Asian Development Bank has recently also refused to fund power plants based on coal, although the form of coal present in Thar (lignite) is used in many countries in the world for power generation, including Germany. These agencies are influenced by foreign influences who do not wish for Pakistan to develop. We may find that China is our only true long-term friend.

In 1986, a project was proposed under which the Lakhra Coal Mine was to be developed by the private sector while the corresponding Lakhra Power Generation Plant was to be operated by Wapda. However, in 1988, the government banned Wapda or any other public sector organisation from setting up oil-based thermal power plants, allowing such plants to be established only by the private sector, opening the door to huge corruption. This was done ostensibly under the pressure of the World Bank and proved to be the death knell for future industrial development in Pakistan. Corrupt leaders entered into contracts with foreign private companies and the cost of energy production rose sharply, crippling industry and commerce, while huge kickbacks were taken by those in power. Some of the rental power plants are producing electricity today at the preposterous rate of Rs50 or even higher per unit — the devastation that has followed in the industrial sector due to the criminal acts of a few has destroyed the very fabric of this country.

Pakistan should have expanded its hydroelectric power which has a potential of 46,000 MW and increased coal-based power plants. Coal contributes only about 7.3 per cent in the primary energy mix whereas in India, about 68 per cent of electricity is based on indigenous coal fired power plants. In China, 79 per cent and in South Africa, 93 per cent of electricity is from coal-based power plants. The criminal acts witnessed in the power sector have almost destroyed the country. The obsolete rental power plants acquired more recently are the most recent example. The growth of nuclear power plants has also fallen prey to international pressures. The power sector is only one of several that have been systematically destroyed.

It has been shown over and over again that the present form of democracy just cannot function in a country where corrupt feudal landlords come into parliament and then into the cabinet. The result is that we spend only 1.7 per cent of our GDP on education, shamefully placing us among the bottom seven countries of the world. This ensures that about half the Pakistanis are illiterate and of the remaining half, most can barely sign their names. This ensures that feudal landlords can continue to come into power as the serfs under them are subjugated and illiterate. They then dance to the tunes of foreign powers in order to safeguard their vested interests and capital abroad.

What, then, is the answer? Surely, military rule is not. The parliamentary system of democracy can also not work in a country where the feudal system has its stranglehold on national politics. The problem with the parliamentary system is that powerful landlords spend hundreds of millions of rupees in the election process to come into power. Once in parliament, or better, in the cabinet, the ‘investment’ made in the election process is recovered by corrupt practices in major national projects. I advocate major changes in the Constitution that will result in a presidential system of democracy so that the best person is elected as president, as in the US, France and other countries. He then selects his own team of professionals in the cabinet. Members of parliament or Senate should be confined to lawmaking and oversight and they cannot become federal or provincial ministers. All persons contesting any election should be required to be approved by a “Judicial Council of Elders” on the basis of their eminence, honesty and competence for the positions.

Pakistan has tremendous potential. Over 50 per cent of our population is below the age of 19 and our children are among the brightest in the world. However, in order to migrate from the trap of a low value added agricultural economy and establish a knowledge economy, we must first get rid of the corrupt system of leadership before we can stand up with pride and dignity in the comity of nations.