Amir Murad was trying to lease 10 canals of a govern­ment plot in commer­cial land when he was arrest­ed.
By Our Correspondent
Published: October 31, 2012
Tweet Email

PESHAWAR: Police claims to have arrested a man on Wednesday who was allegedly trying to lease 10 canal of land in Kaghan “while posing as a colonel of the Inter-Services Intelligence”.

Addressing a press briefing at East Cantt police station SP Cantt Shabeeh Hussain said that they had arrested a man, Amir Murad, a resident of Rawalpindi. He was trying to get a 10 canal commercial government plot on lease for 99 years.

“We arrested this fake colonel of ISI who was trying to lease land from the office of the secretary environment. Officials in the government department developed suspicion about him and informed us so we immediately arrested him,” said SP Hussain.

“He worked in CitiBank as regional head, visiting professor in the Muhammad Ali Johar University, executive vice president of PTCL, manager human resources in OGDCL and as a consultant in Fuji Ferterizers Ltd,” he informed media, adding that an FIR has been registered against him for murder, fraud and kidnapping for ransom.

According to an initial investigation report, a task force has been formed under the supervision of an SSP to track down people who were involved in kidnappings, blackmailing, extortion and murders under the garb of secret agencies.

“The aim of the task force is to curb the menace and arrest such people,” the report said. It further added that several other such arrests have been made in the recent past as well, apprehending culprits busy in looting and blackmailing the people.

The Peshawar High Court in 2018 honourably acquitted Amir Murad of the charges leveled against him. Amir was acquitted of charged by a trial court earlier in 2016, but the judge hearing the case passed the decision by extending him the ‘benefit of doubt’.

Amir challenged this judgment in the Peshawar High Court in 2017, which exonerated him of the charges.

“I was implicated in a false case when I tried to expose the corruption of the then high officials of Khyber-Pakhtunkhwa Environment Department. I was abducted, kept in solitary confinement, tortured and then handed over to police where an FIR was registered against me under a number of offences,” Murad said after the verdict.

“It was a nightmare I went through thereafter. My whole life has suffered and so has my family’s. I have fought my case over the last five years and finally have been honourably acquitted,” he added. “I have also filed a law suit against the KPK Environment Department for defamation.” 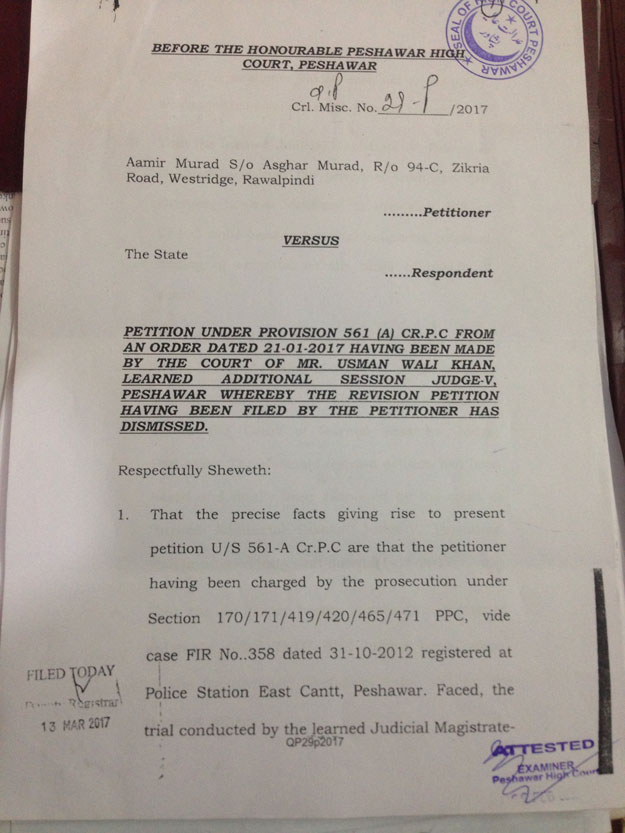 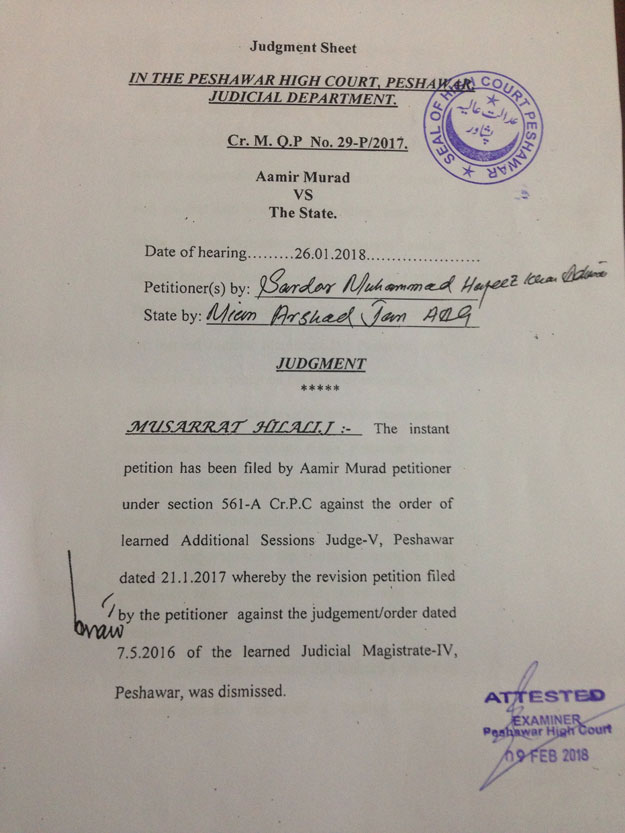 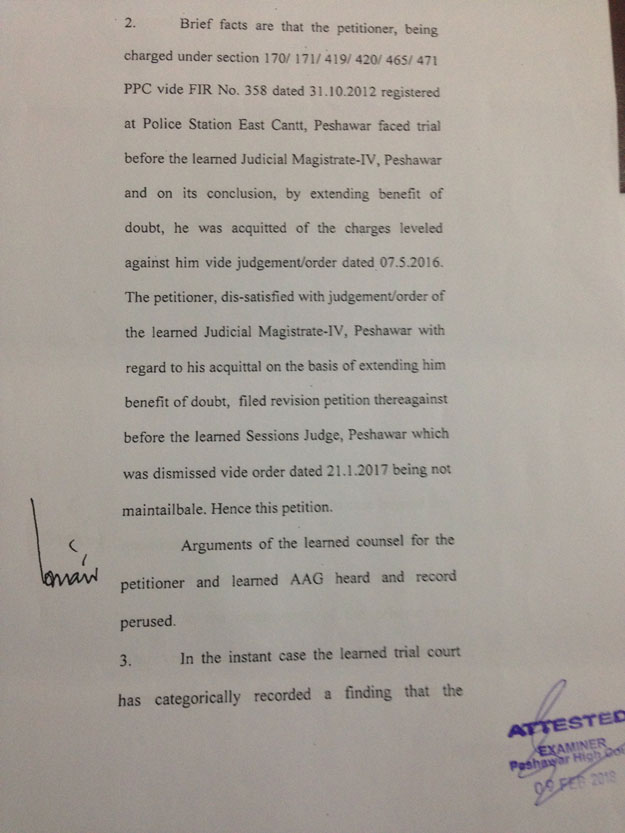 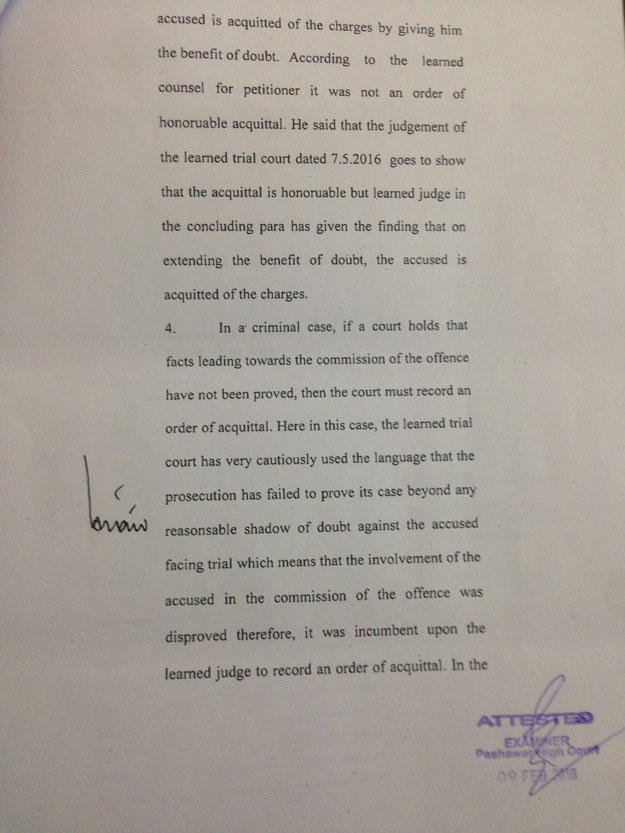 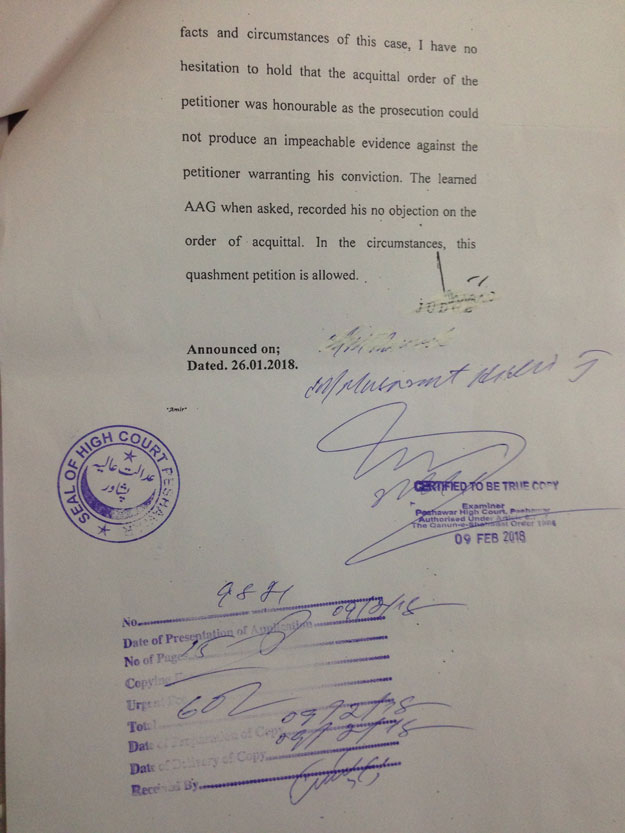