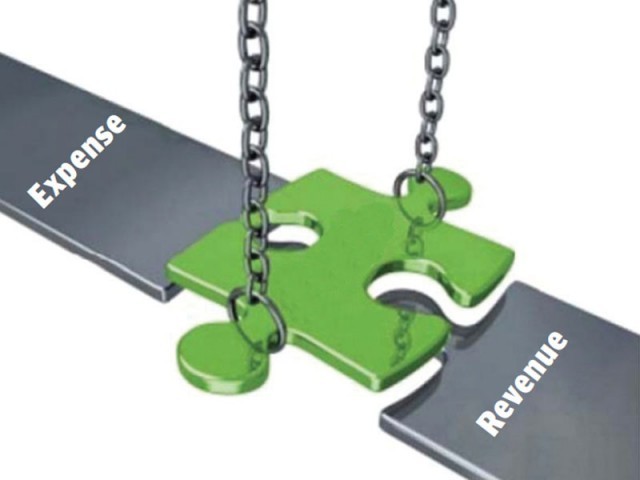 The continued revenue shortfall is reflective of the nonavailability of fiscal space for undertaking developing spending.

ISLAMABAD: Pakistan has one of the largest public debt portfolios, totalling Rs12.1 trillion as of June 30, 2011, the Auditor General has pointed out in a draft report on the Ministry of Finance’s performance for 2011-12.

The Performance Audit Report covers a period of three financial years between 2008 and 2011. The audit mainly focuses on the compliance and core objectives of the Fiscal Responsibility and Debt Limitation Act, 2005.

The report says that the share of domestic and foreign debt stood at 52% and 48% respectively for the period reviewed, while fiscal performance indicators remained weak due to the deteriorating economic and internal security condition of the country.

The report states that the finance ministry has not achieved its core objective of eliminating the revenue deficit through its policies, “as per national aspirations demanded under the Fiscal Responsibility and Debt Limitation Act, 2005.” The revenue deficit has, meanwhile, increased manifold.

The continued revenue shortfall over current expenditure is reflective of the non-availability of fiscal space for undertaking developing spending in Pakistan. The government needs to generate a revenue surplus, or at least maintain a balance, in order to divert funds towards development.

The audit recommended that the government give a firm commitment and timeframe for regulating the revenue deficit, as it has already consistently missed its target since 2008.

The report also observed that the State Bank of Pakistan, in its annual report for fiscal 2010-11, had stated that the government was unable to meet even its revised tax collection targets. It observed that it has become regular practice to set ambitious targets at the time of budget planning, which are then revised downwards several times during the year. Thereby, it recommended that the government endeavour to enhance its revenues and regulate current expenditure to overcome the deficit, and also come up with a realistic tax collection target.

A spokesperson for the Ministry of Finance did not reply when repeatedly approached by The Express Tribune over the last month for the ministry’s reaction to the report.