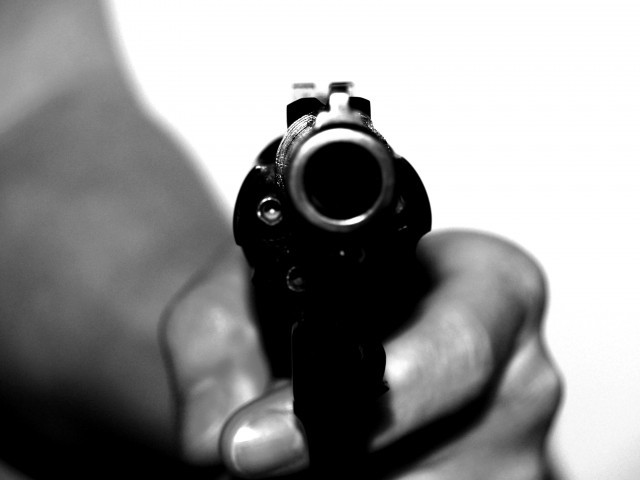 Sakina Bibi said she heard gunshots outside her house and when she went to enquire she found her husband lying in a pool of blood. PHOTO: FILE

Four people, including an infant, were killed and nine others injured in separate incidents in Swat and the Hazara belt on Monday.

A 17-day-old boy was killed and nine members of the same family sustained injuries when a fire erupted in a van near the Mingora Bypass. The Mingora Police said the 10 family members were heading towards Shangla District from Buner District via Swat in a van when a fire broke out in the van. They were shifted to the Saidu Sharif Teaching hospital where the infant was pronounced dead. The nine remaining family members suffered burn injuries but are stated to be out of danger, police added.

In the second incident, a man murdered his daughter-in-law and her alleged paramour in the name of honour in a remote village of Battagram district.

Police said that Sartaj Khan of Jaba Barsar Chenjal village took his daughter-in-law, Sajida, 25, to the house of his neighbour, Sultan Muhammad, with whom Khan suspected Sajida of having an “illicit relationship”. Khan accused them of having an affair shot them dead using an AK-47 rifle.

The Chenjal Police quoted Sakina Bibi, wife of Muhammad, as saying that she heard gunshots outside her house and when she went to enquire she found her husband lying in a pool of blood.

Meanwhile, a teenage boy committed suicide in Changi Bandi village. Khursheed told the police that after his son, Mohsin, 18, did not come out of his bedroom on Monday morning, the family broke open the door and found him hanged to a ceiling fan.

Khursheed said he did no want to pursue a case on his son’s suicide and was granted exemption from an autopsy of his son’s body. He said his son, who used to run a phone shop in Lora Chowk area of Haripur, did now show any signs of distress and had dinner with his family the previous might.