Sindh govern­or says police checkp­osts will be formed in every market of Karach­i.
By Web Desk
Published: October 28, 2012
Tweet Email 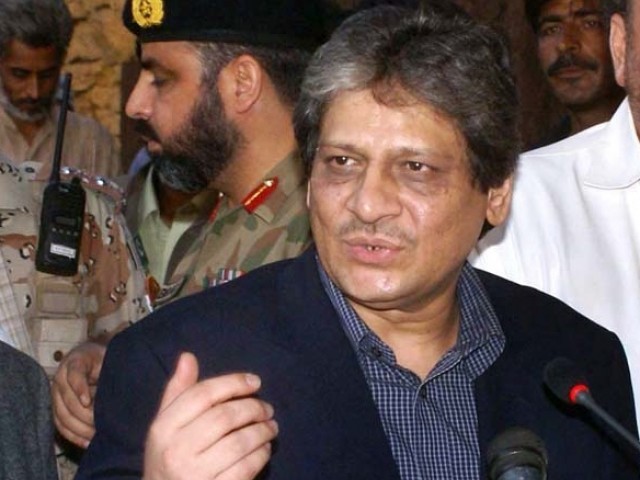 Sindh governor says as many as 500 additional policemen to be posted in industrial areas. PHOTO: APP/ FILE

KARACHI: Karachi’s traders and industrialists have decided to defer their strike by 30 days after Sindh governor Dr Ishratul Ebad Khan assured them of increasing police force in markets and industrial areas of the city, Express News reported.

Khan, who met with representatives of the business community at the governor house on Sunday told media in a joint press conference afterwards that as many as 500 additional policemen will be posted in the industrial areas in addition to forming police checkposts in every market of the city.

Earlier in the month, the FPCCI had held a press conference where they had requested intervention by the country’s armed forces to help control the rampant law and order situation in Pakistan’s financial hub.

“The security situation in the city is far from satisfactory,” said FPCCI acting president Shaikh Haroon Rasheed had said on October 20. “If the government fails to act by November 8, the businessmen will strike again.”

Replying to questions from media persons, businessmen said that the government has failed in controlling the militant wings of political parties, which is why the intervention of the army is necessary.